Even though German luxury cars depreciate fast, this is still an amazing deal.

It's a classic piece of car-guy wisdom: "There's nothing more expensive than a cheap German luxury car." In the case of YouTuber Canadian Rider, we hope that's wrong in this case, because it seems like his dad got a smoking deal on an S Class.

The car in question is a 2002 Mercedes-Benz S430, which was purchased for a mere $750. For $750, you'd expect a completely destroyed interior, a dashboard lit up like a Christmas tree, and a tired engine that smokes like a film noir detective. 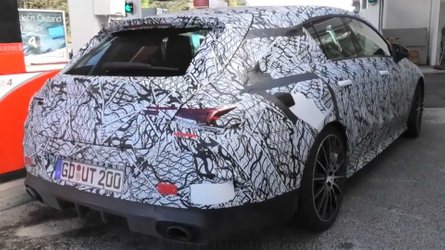 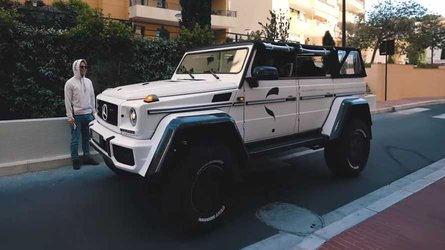 Instead, $750 bought a car with roughly 109,000 miles, a minty interior, and a healthy 4.3 liter Mercedes-Benz V8. Being a higher-spec S Class, it's loaded with features like a Bose premium audio system and heated rear seats. As a bonus, the car has nearly new tires on it, too – and the previous owner left behind an appropriately jazzy CD, still in the factory CD player.

Keep in mind that that's $750 Canadian. That means that Canadian Rider's dad bought it for just over $550 US. Although the exterior of the car looks like it will need some help, it's certainly presentable. Given the purchase price, it'd definitely be worth putting some money into bodywork and paint.

The major pain on older German luxury cars seem to stem mostly from the electronics. They're prone to failure, and are often prohibitively expensive to fix. Thankfully, nearly every accessory, from the CD player to the air conditioning, works as well as it did back in 2002, when this car sold new for a pretty penny.

We're very happy for Canadian Rider's dad, who has always wanted a Mercedes-Benz. He certainly did well for himself, skipping right past the C Class and E Class and going straight to the top.