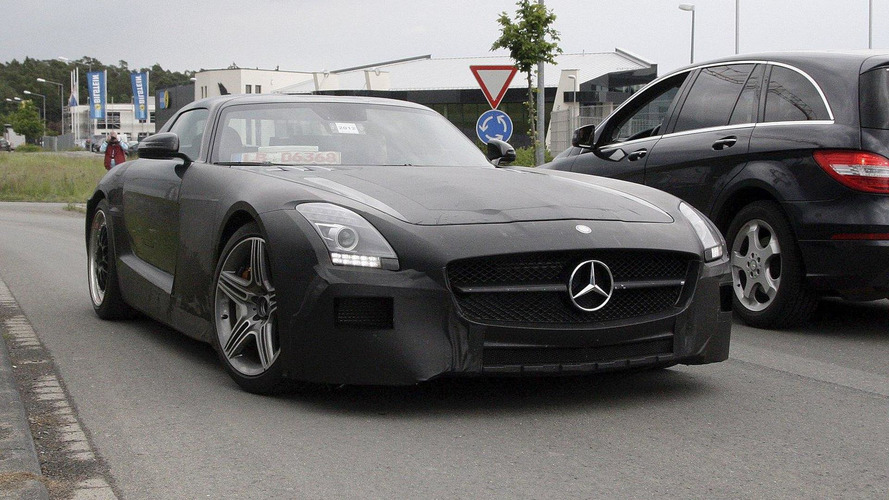 Our spies have grabbed on camera the highly anticipated 2014 Mercedes-Benz SLS AMG Black Series. Will be sold as a 2014 model.

Design-wise, it will borrow some styling cues seen on the SLS AMG GT3 45th Anniversary edition, with a modified front bumper and a new hood that will get a lower carbon fiber center scoop. Large carbon air intakes will be installed on the front quarter panels, while the interior will resemble the SL65 AMG Black Series.

It will probably be launched in 2013 and sold as a 2014 model, with only 100 units available in the United States.