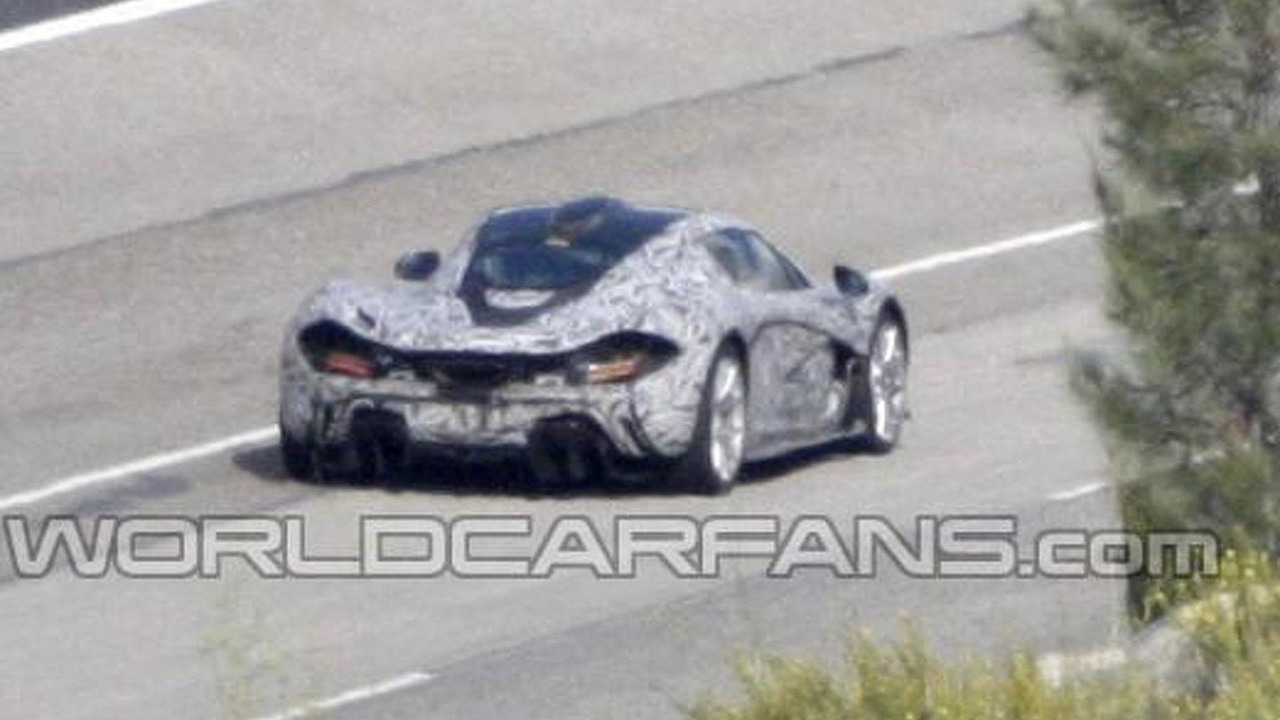 These are the latest spy photos of the upcoming McLaren P1. The production version should be out towards the end of next year.

Our spies have snapped new photos of the McLaren P1 wearing less camouflage.

Previewed in September by a concept, the production version is scheduled for a late 2013 release and will retain “more than 95 percent” of its exterior appearance. The supercar has some big shoes to fill as it is considered a successor to the legendary F1.

There aren't a lot of details about the production model, but we remind you that the concept uses a carbon fiber structure with a carbon fiber roll-bar over the cabin and various other panels made from the same lightweight material. It has a drag coefficient of 0.34 and an adjustable rear wing that can automatically adjust up to 120mm during normal driving or up to 300mm while on a racetrack.

The McLaren P1 is expected to cost approximately 800,000 pounds.