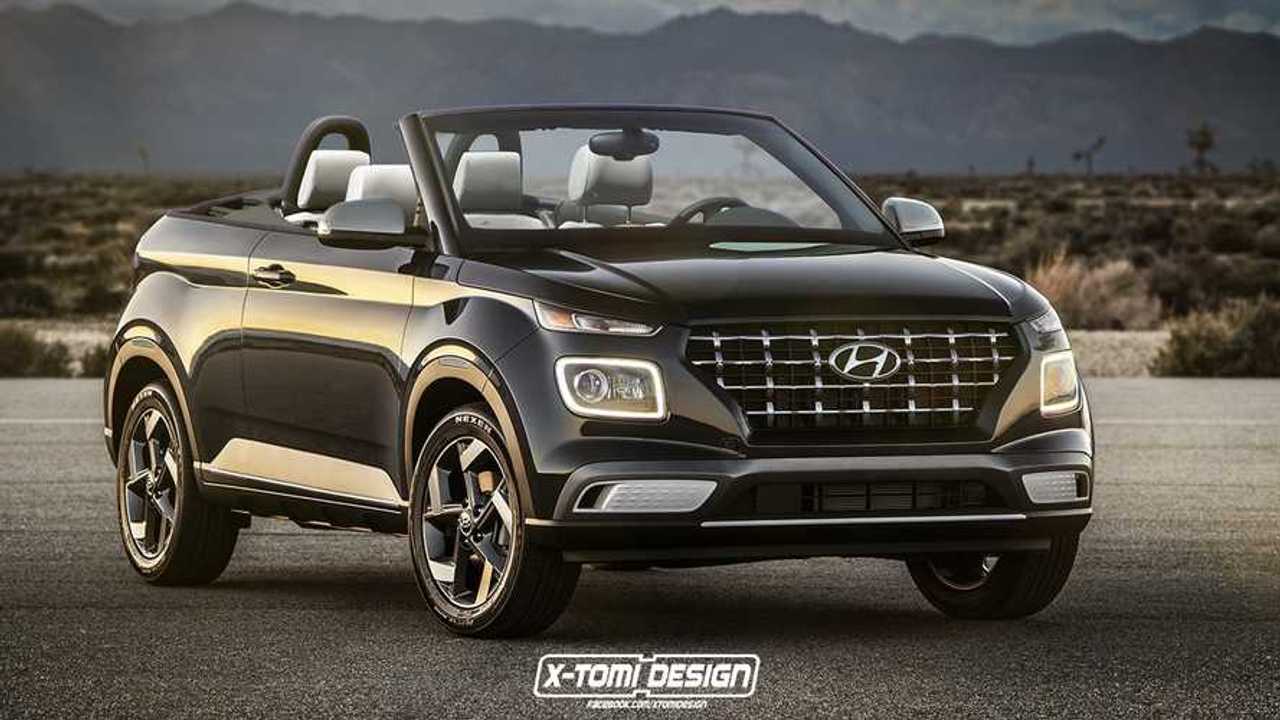 Honestly, it doesn't look that bad - it just doesn't make a lot of sense.

Like it or not, convertible SUV and crossover models are now becoming a thing. Years after the Nissan Murano CrossCabriolet changed the game becoming "the world’s first all-wheel drive crossover convertible," automakers like Land Rover and Volkswagen have their own open-top crossovers on sale or in development. Hopefully, Hyundai won’t follow suit with the new Venue.

The talented designer from Hungary, X-Tomi, imagines a world where the South Korean manufacturer has a two-door, convertible high-riding model, based on the Venue. The vehicle from the rendering above actually looks okay, but that doesn’t mean it makes a lot of sense – who would buy an affordable, entry-level crossover with a fabric roof? Close to zero customers, probably.

As you can see, turning the Venue into a convertible is not just a job of chopping off its roof. There are also significant modifications to the rear side panels of the crossover, which – in its original form – accommodate the rear doors. These are no longer needed and are replaced by larger quarter panels in combination with bigger front doors.

X-Tomi envisions the model with room for four passengers but just like many other four-seat small cars, the second row of seats is mostly there for short, emergency journeys. Interestingly, the lower roofline of the Venue Cabrio gives the car a sportier overall appearance compared to the real thing which has quite a quirky stance.

All You Need To Know About The Venue:

We haven’t heard anything from Hyundai regarding a droptop Venue but we know for sure the company is working on N Line version with sporty exterior and interior tweaks. A full-fat N variant is also likely to happen in the near future but we’ll have to wait for further details from Hyundai.