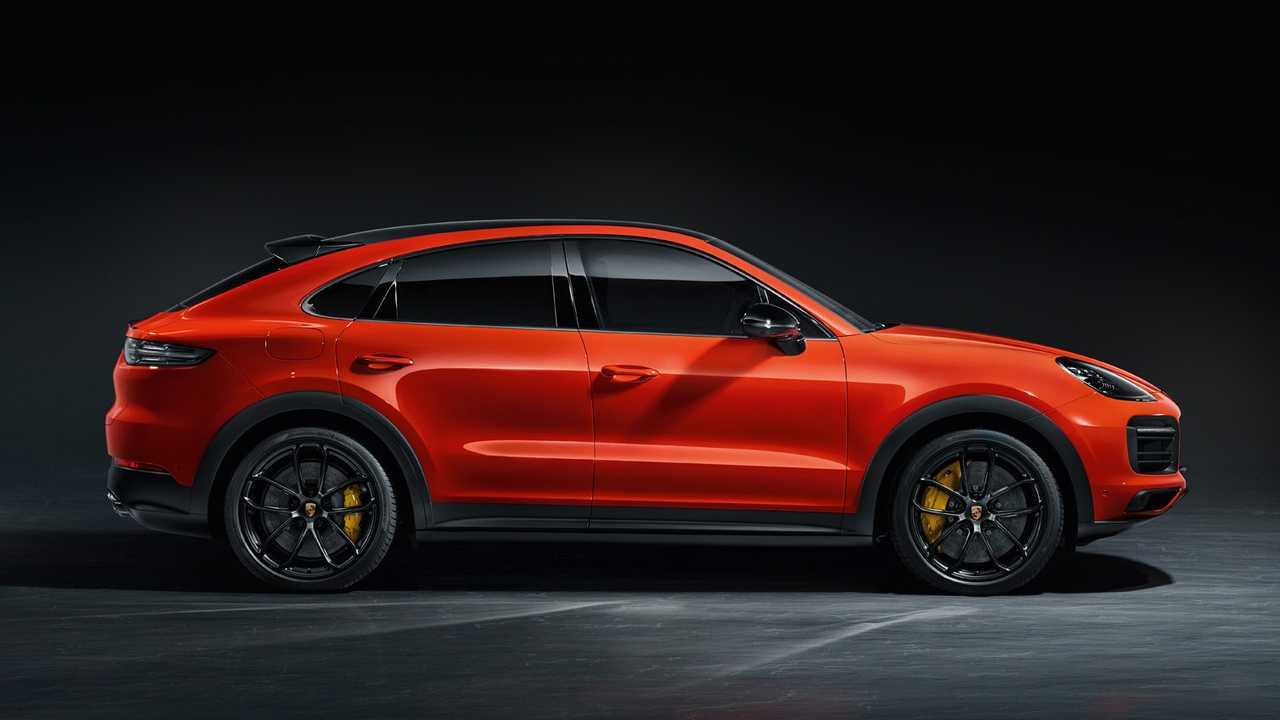 If it will match the raging bull's power, the twin-turbo V8 will produce 641 hp.

Porsche unveiled the Cayenne Coupe about three months ago in standard and Turbo flavors, but more derivatives are on their way. A plug-in hybrid powertrain is planned for the not-a-coupe SUV from Stuttgart, along with a new range topper in the form of the Turbo S E-Hybrid. The latter has what it takes to become the most powerful production SUV from the Volkswagen Group – eclipsing even the mighty Urus – provided it will have the same 680 horsepower as the equivalent Panamera.

Speaking of the high-riding Lamborghini, Motor Trend’s Jonny Lieberman has learned from a “guy/unnamed source” that the raging bull’s twin-turbo 4.0-liter V8 engine will be installed in a GT version of the Cayenne Coupe. If it will have the exact same power as in the Urus, we’re looking at 641 hp, which would place it above the Turbo but below the Turbo S E-Hybrid.

The adoption of “GT” means the new Cayenne Coupe flavor will be geared towards track use, which seems a bit odd to say considering we’re dealing with a large and heavy SUV. But with Lamborghini creating a race version of the Urus previewed by the ST-X concept, I guess anything’s possible nowadays when more and more people only want to buy SUVs.

Getting back to the Porsche, it’s highly unlikely it will simply be called the Cayenne Coupe GT as we’re expecting a number after the “GT.” Ruling out the “GT1”, “GT2”, and “GT3” suffixes of the 911 and the “GT4” of the Cayman, perhaps it will be baptized “GT5.” Bear in mind this is just an assumption we’re making, although some will remember Porsche did trademark the “GT5” moniker back in 2015.

How The Cayenne Coupe Drives:

Beyond the Urus-sourced engine, a Cayenne Coupe GT5 would also likely go on a diet and gain some chassis and suspension tweaks. Upgraded brakes, slightly revised styling, and aero trickery would round off the package. All these improvements would increase the model’s chances of taking down the Nürburgring record for the fastest production SUV, which currently belongs to Mercedes-AMG and its GLC 63 S with a time of 7 minutes and 49.369 seconds.