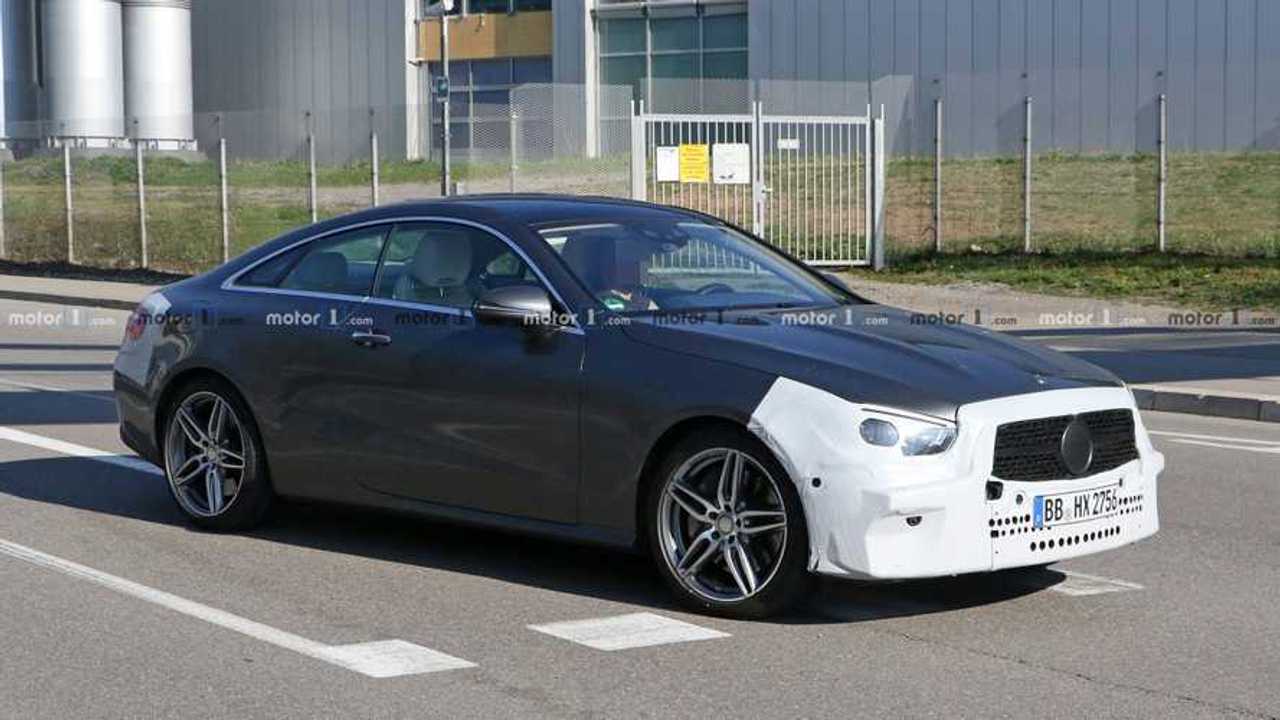 Changes are relegated to the front and rear for the mid-cycle update.

It’s been a while since we’ve seen a camo-cladded Mercedes-Benz E-Class Coupe, but testing continues for the mid-cycle refresh slated to hit sometime next year. The coverings remain the same as those caught on previous prototypes, though Mercedes is trying to be crafty with a dash of red on the taillight wrap to better obscure the outline of the new lenses underneath. We don’t expect them to be radically different, nor are we expecting a major change to the rear fascia. The current E-Class has vertical slats on the corners of the backside and those are absent here. It’s also possible this still a placeholder piece.

A more dramatic change is expected up front, but even there the facelift will be minor. New LED headlights with a thinner shape and top-mount turn signal beams will replace the current eyes, and that will result in minor changes to the fenders, grille, and front fascia. The false panels do a great job of concealing the changes behind, but the overall look with two large corner vents and a wide center vent should remain.

A bigger question could be what happens inside. Our sources suggest the updated model could receive the company’s MBUX system over the older Comand infotainment layout. That would make sense, however, electrical limitations prevented Mercedes from dropping it into the facelifted C-Class, and the E-Class incorporates a similar electrical framework. Such an update might not be possible until the next-generation E-Class arrives a few years down the road.

In the meantime, we’re expecting the mid-cycle E-Class refresh to break cover late this year with the sedan launching first, as a 2020 model. That would push the coupe’s reveal later into next year as a 2021 model.