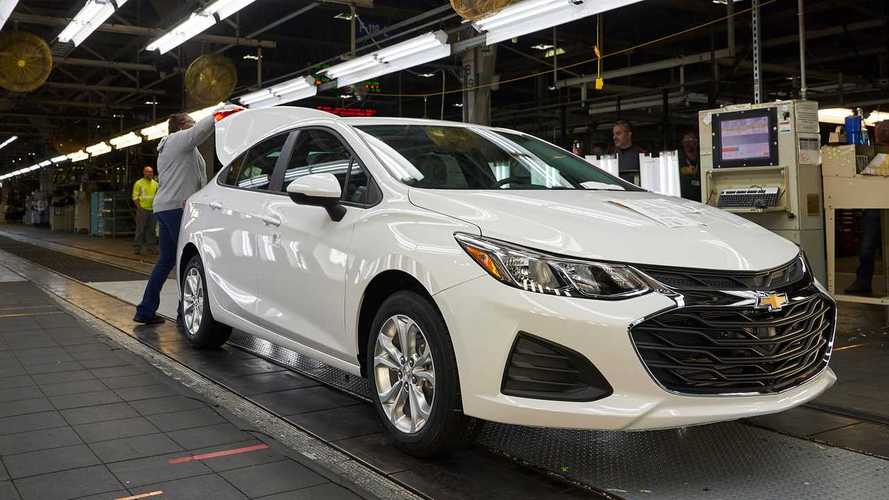 Discussions are underway with an unnamed "new entity" that would include struggling EV automaker Workhorse.

When GM announced its long-enduring Lordstown, Ohio plant would shutter after the canceling of the Chevrolet Cruze, there were some sour feelings among many towards GM. President Trump was particularly vocal on his displeasure with the decision, but in a couple of tweets this morning he praised the automaker and GM CEO Mary Barra for apparently selling the plant to EV manufacturer Workhorse, thereby preserving at least some of the jobs at the facility. However, things might not be as rosy as they seem.

The first tweet said the sale was "subject to a UAW agreement," but there are more than a few questions about exactly what’s happening here because, according to GM, the deal isn’t done. The automaker posted a press release on the matter a couple of hours after the tweets (available at the bottom of the article), quoting Workhorse CEO Duane Hughes as calling it a "potential agreement [that] creates a positive outcome for all parties involved and will help solidify the leadership of Workhorse’s role in the EV community."

Workhorse founder Steve Burns is also quoted as saying: "The first vehicle we would plan to build if we were to purchase the Lordstown Complex would be a commercial electric pickup, blending Workhorse’s technology with Lordstown’s manufacturing expertise."

Business Can Be Brutal:

We contacted GM for some clarity on this. A spokesperson confirmed with Motor1.com that the company is in discussions with Workhorse to sell the Lordstown plant, however, a deal is not done. But wait, there’s more.

The very first sentence of GM’s press release says the company is in discussions with Workhorse Group Inc. and an affiliated, newly formed entity regarding the sale of the plant. Additionally, the sale would actually go to this new, undisclosed entity in which Workhorse would hold a minority interest. No other information is offered about this mysterious company, and GM didn’t have anything further to say on the subject, including the possibility that GM might seek a partnership with Workhorse as part of this entity.

We do know that Workhorse isn’t in the best shape financially. Our colleagues at InsideEVs tell us Workhorse is rather cash-strapped, posting a net loss of $36.5 million in 2018 and $41.2m in 2017. Production of its W-15 pickup – the vehicle presumably being eyed for the Lordstown plant – is reportedly delayed. In the meantime, the company is focused on its NGEN-1000 electric work van.

In addition to the Lordstown news, GM also announced that it was adding 450 new jobs at Ohio locations in Toledo, Moraine, and Parma that amount to a sizable investment of over $700m.

This is obviously a very fluid story and we’ll update with new information as it becomes available.

GM in Discussions with Cincinnati-Based Workhorse Group to Sell its Lordstown, Ohio, Complex

DETROIT — General Motors Co. (NYSE: GM) said today it is in discussions with Workhorse Group Inc. (NASDAQ: WKHS) and an affiliated, newly formed entity to sell the company’s Lordstown Complex in Lordstown, Ohio. The move has the potential to bring significant production and electric vehicle assembly jobs to the plant. Upon final agreement, the entity, led by Workhorse founder Steve Burns, would acquire the facility. Workhorse would hold a minority interest in the new entity.

“This potential agreement creates a positive outcome for all parties involved and will help solidify the leadership of Workhorse’s role in the EV community,” said Workhorse CEO Duane Hughes.

Burns added, “The first vehicle we would plan to build if we were to purchase the Lordstown Complex would be a commercial electric pickup, blending Workhorse’s technology with Lordstown’s manufacturing expertise.”

Since last November, GM has been in discussions with the UAW regarding the impact of changing market conditions on the Lordstown facility. These discussions will include this opportunity.

“We remain committed to growing manufacturing jobs in the U.S., including in Ohio, and we see this development as a potential win-win for everyone,” said Mary Barra, GM chairman and CEO. “Workhorse has innovative technologies that could help preserve Lordstown’s more than 50-year tradition of vehicle assembly work.”

Upon final agreement with all parties, work could begin immediately to prepare the facility for new production.

DETROIT — General Motors Co. (NYSE: GM) announced today that it is creating more than 450 manufacturing jobs in three Ohio cities. GM also said it is in discussions with an Ohio-based company that could bring significant production and electric vehicle assembly jobs to the Lordstown Complex.

“The U.S. economy and our core business are strong, so we can expand our commitment to U.S. manufacturing and Ohio and create job opportunities for our employees,” said GM Chairman and CEO Mary Barra. “We also expect to bring more jobs to the U.S. over time in support of the expected provisions of the USMCA.”

Hourly employees from GM plants may request a transfer to other UAW-represented sites as jobs are created. More than 1,350 employees from GM’s unallocated plants, including Lordstown, have already accepted transfers.

GM’s discussions to sell the company’s Lordstown Complex in Lordstown, Ohio, to Workhorse Group, Inc. and an affiliated, newly formed entity that could bring significant production and electric vehicle assembly jobs to the Mahoning Valley. Workhorse is a Cincinnati-based manufacturer of battery electric vehicles.

Including today’s Ohio news, GM has announced the creation of more than 2,000 new jobs so far in 2019: