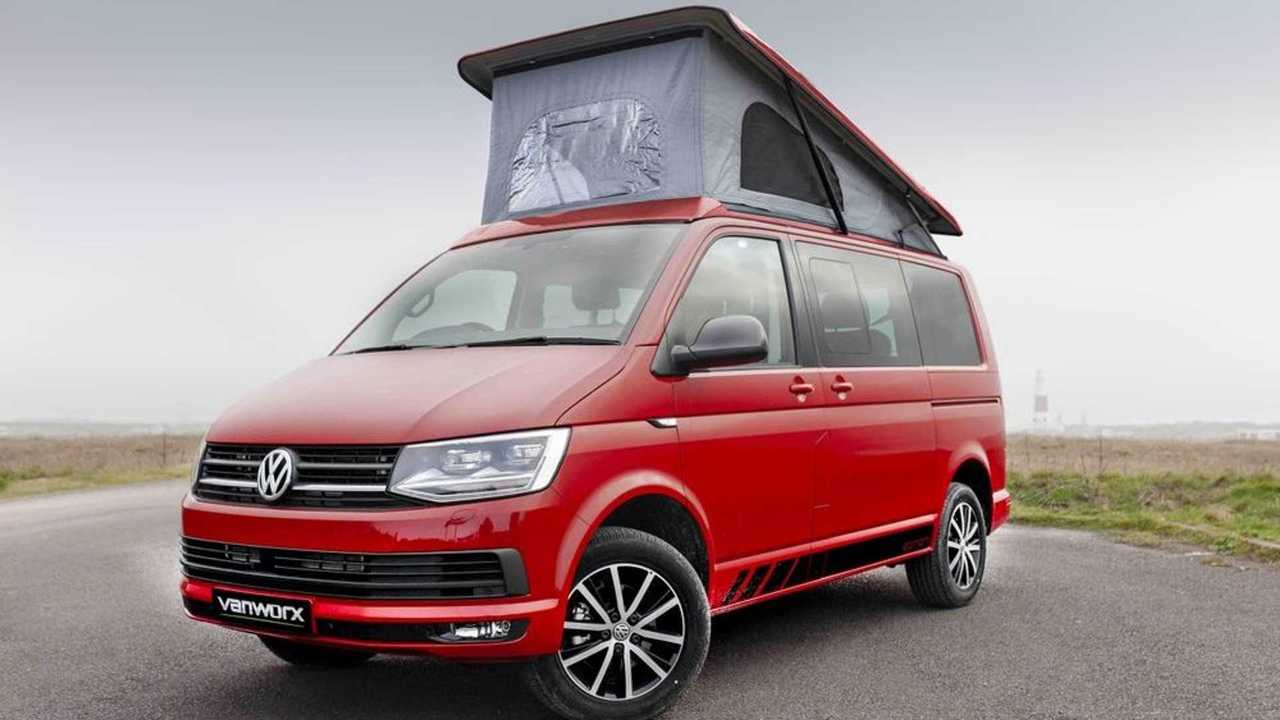 It seems highly unlikely Volkswagen will ever slap the GTI badge onto one of its people movers as even model such as the Passat and Touareg won’t be getting the Grand Touring Injection treatment. VW believes GTI only works for hatchbacks like the pint-sized up! and the Polo supermini, but should you want a bit of GTI in your #vanlife, there’s now a solution. British camper van conversion specialist Vanworx can give your T6 Transporter tartan upholstery with the same checkered pattern you’ll find on a Golf GTI.

Based on the flagship Edition model, this fully loaded Transporter camper has everything from swiveling heated front seats and parking sensors to LED headlights and a rearview camera. Vanworx throws in a couple of beds and two gas burners, along with a fridge and a freezer, not to mention a rooftop tent and a separate heater that runs on diesel. The tartan finish is not the only one available as the seats can be reupholstered in various other patterns and colors, along with fancy leather.

All these goodies come at a cost, though. Math starts at £61,898, which works out to about $80,700 at current exchange rates. This high-spec T6 camper is powered by a four-cylinder 2.0-liter turbodiesel engine with 148 hp linked to a dual-clutch, automatic transmission. You won’t be seeing many of these on the road as Vanworx aims to keep conversion numbers low to maintain exclusivity.

As you may recall, VW Commercial Vehicles recently facelifted the Transporter family by introducing the T6.1 Multivan people-mover in February followed in April by the panel van, with single and double cab pickups also planned. The revised versions will be available across Europe beginning with this fall.

Have You Seen These Funky VW Transporters?