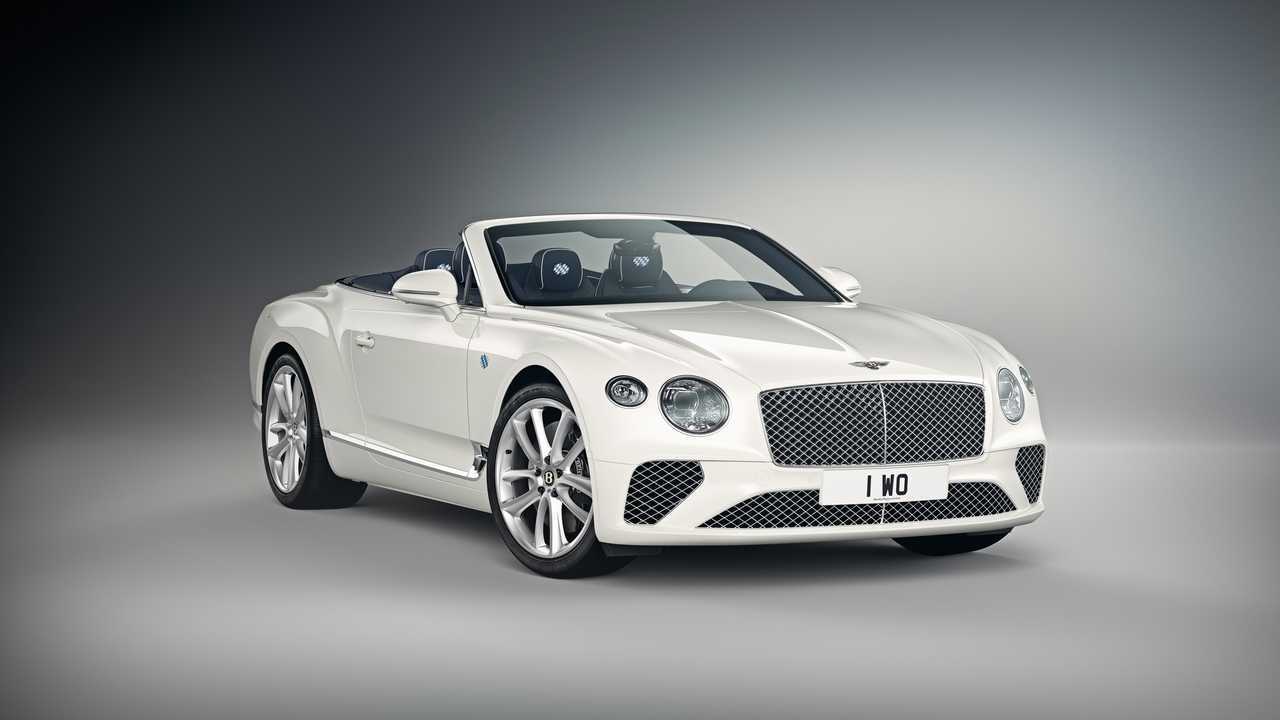 Bavaria - the land of Audi and BMW, is also the geographic center of the European Union.

Bentley is celebrating “the beauty of the Bavarian region” in Germany, where BMW and Audi headquarters are located, with a new special edition convertible. It wears the colorful Continental GT Convertible Bavaria Edition by Mulliner name and has been designed by the company’s head of design, Stefan Sielaff.

Bentley explains that this will remain a one-off project which will be handbuilt by Mulliner in Crewe, England. The official public debut of the one-of-a-kind convertible will be held at Bentley’s Munich showroom. Probably the most distinctive feature of the Bavaria Edition convertible is the two-tone white-blue exterior (white body, blue roof), which reflects the Bavaria flag pattern.

The cabriolet rides on 22-inch Mulliner Driving Specification wheels in five twin-spoke design with chrome finish matching the lower bumper grille and the small flag patterns on the front fenders.

The same theme is also seen inside the cabin where the Bavarian flag pattern is embroidered into the seat headrests. There’s also a Bentley Bavaria Edition treadplate inlay, as well as contrasting blue stitching for the leather seats.

Bentley has no plans to put the Continental GT Convertible Bavaria Edition by Mulliner into production so you won’t be able to order the special edition cabriolet. Given that, it’s more of a concept for the Crewe-based marque’s centenary year, but we expect to see it going to a wealthy collector through an auction later this year. Hopefully, we’ll get more details closer to the vehicle’s Munich debut.

(Crewe, 7 May 2019) Bentley has created a truly unique Continental GT Convertible Bavaria Edition by Mulliner, inspired by the beauty of the Bavarian region, and designed by Stefan Sielaff, Bentley’s Director of Design.

This one of a kind GT Convertible, in Bentley’s centenary year, incorporates a number of distinctive features into the world’s most luxurious Grand Tourer. Just one single example will be handbuilt by Mulliner in Crewe, England, and officially presented in an exclusive event at Bentley’s Munich retailer.

Finishing this uniquely crafted interior is a Mulliner Glacier White painted dual veneer with an Imperial Blue hide. There is also Linen contrast stitching and piping and Linen overmat binding and stitching to perfect this exclusive Continental GT Convertible Bavaria Edition by Mulliner.

Mulliner exists to respond to the requirements of Bentley’s most discerning customers. Any type of personalisation can be undertaken to create a unique Bentley of individual taste.

Mulliner's roots date back to the 1500's – the firm's original focus was creating luxurious horse-drawn carriages. In 1923 Mulliner showcased work on a Bentley chassis for the first time, exhibiting a two-seater 3 Litre Bentley at the Olympia Show in London – just four years after Bentley Motors was founded.

In 1953, Mulliner coachbuilt one of the most iconic Bentleys ever – the R Type Continental. This model inspired the design of today's Continental GT. In 1957, Mulliner introduced the Continental Flying Spur, a special four-door saloon built on the Bentley Continental chassis. Mulliner officially became part of Bentley Motors in 1959, setting up its workshops in Crewe.