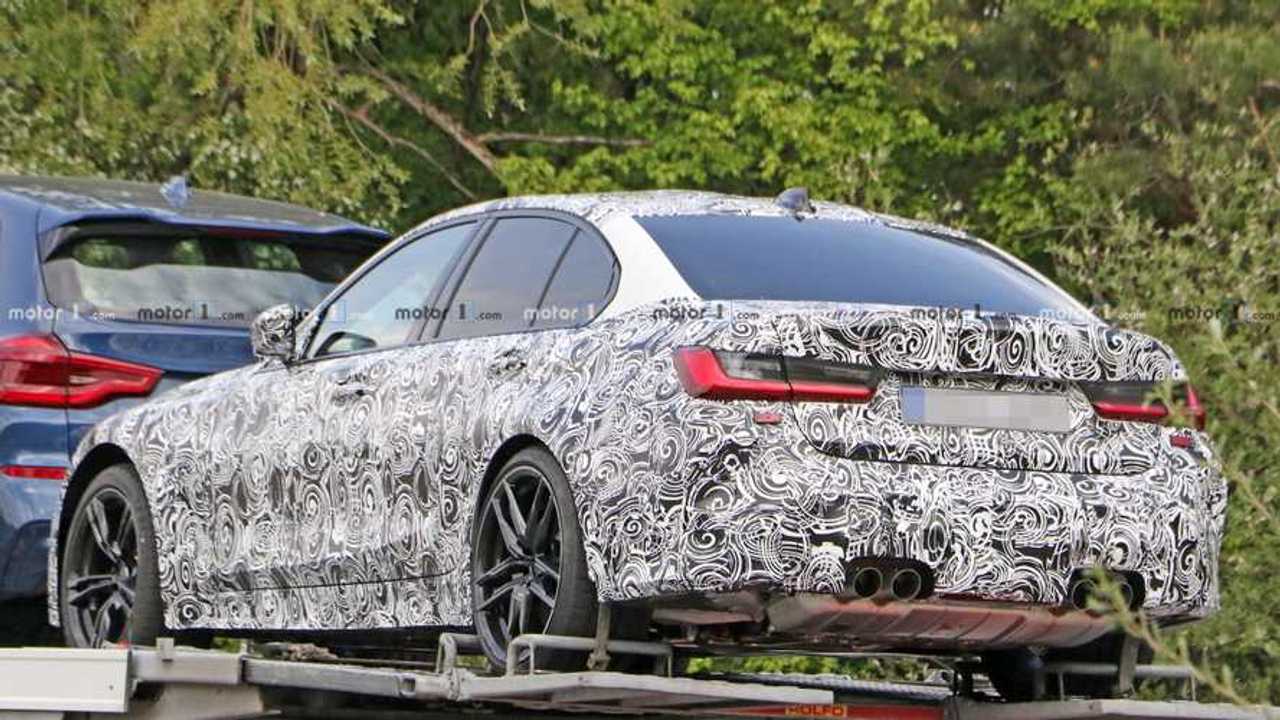 My what nice exhaust pipes you have.

Usually, we prefer our BMW M cars on a road course or a twisty street as opposed to a truck, but there are some definite advantages to catching a camouflaged prototype resting on a rig. For starters, it’s pretty much guaranteed to not be moving as fast, which makes for better photos. And in the case of this M3, we’re even granted a peek underneath the sports sedan – something we seldom see on any vehicle, never mind one with such athletic aspirations.

2020 BMW M3 Spied Up Close Showing Most Of Its Interior
⠀

What does this underbelly peek grant us? The M3’s exhaust layout straight-up automotive artwork, but we also see what appears to be a fair amount of heat and sound reflective material to help keep things cool and quiet inside the car. This perspective also gives us a good look at the M car’s rear fascia, which appears to be production-spec on this prototype.

There’s more to see on the outside as well. The camera catches multiple prototypes on this rig, and we’re given an up-close view of the front fascia. There’s still an abundance of camo wrap and fake body panels hiding details, but a very close look suggests the kidney grille could be even bigger than what we see on the standard 3 Series. It’s been rumored that this could be a stylistic feature to befall both the 3er and the M4, and honestly, we’re not sure how we feel about BMW’s trademark grille getting much bigger for its iconic sports sedan.

Nothing has changed in the rumor mill as far as power is concerned. 480 horsepower (358 kilowatts) is still the number we’re hearing from its twin-turbo I6, and we also have the manual-equipped pure model to look forward to even though it will offer a bit less power.

All will be revealed later this year at the Frankfurt Motor Show in September.