How well can the Gladiator tow, and how much does fuel economy suffer as a result?

The Fast Lane Truck has extensively tested the Jeep Gladiator Rubicon off-road. The Gladiator Rubicon has faced off against both the Chevrolet Colorado ZR2 Bison and the Ford Ranger FX4, and has come out on top both times.

The Gladiator has proven its worth off-road many times over. However, what separates the Gladiator from the Wrangler is that pick-up bed. After all, this is a truck, and many buyers will expect it to behave like one. This latest test from The Fast Lane Truck takes place entirely on pavement, and will give us an idea of how well this Jeep can tow. 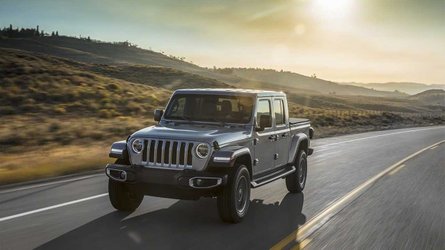 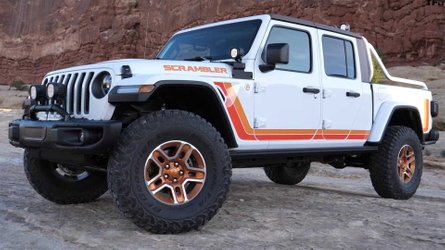 Traditionally, the downfall of the average midsize pickup has been its towing capacity. In many cases, even if the truck in question is rated for a certain weight, fuel economy suffers tremendously and the driving experience is miserable as the truck feels overloaded even well below its intended towing capacity.

The Gladiator is rated to tow up to 7,000 pounds. The enclosed trailer in the video is around 4,300 pounds, well below the maximum. The goal isn't to see how much the Gladiator can tow, but instead, what fuel economy can be expected by an average consumer towing an average load.

Initial results show a drop of just about 1" in the rear suspension. Not a bad start to the test. Accelerating from a stop on an on-ramp, the loaded-down Gladiator takes just over 21 seconds to accelerate to 60 miles per hour, using every foot of available space on the ramp before merging with traffic. Not too great, and one of the hosts comments that the 3.6 liter V6 could use more torque.

The slab-sided body of the Gladiator makes it a bit more sensitive to wind, especially while towing. The truck doesn't seem to want to be pushed around too much, though, and interior sound levels are bearable, if a bit on the high side. That's understandable, considering that the Gladiator has removable roof panels. Things aren't all bad, though – the ride is said to be very comfortable with the trailer attached. Score one for the Gladiator!

While the Gladiator is rated at 22 miles per gallon on the highway, obviously the addition of a 4,300 pound trailer will affect the fuel economy significantly. How significantly, you may ask? After roughly 100 miles, the truck is filled again, and, according to the calculator, the Gladiator delivered 8.5 miles per gallon. That's not great, but it's actually comparable to the numbers put up by similar midsize trucks in the same test.

While the Gladiator may not be the best at everything it does, it's more than good enough where it really counts. If we had to pick a midsize pickup to add to our personal fleet, the Gladiator is still comfortably at the top of our list.