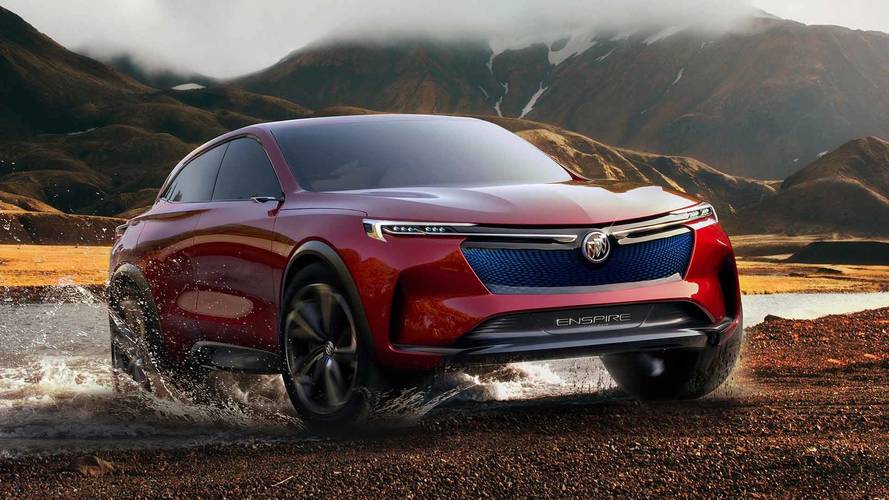 It could introduce a new design language for the struggling brand.

As is the case with many automakers right now, Buick is trying to reinvent itself. That’s not an easy task under the best of circumstances, never mind in the middle of a paradigm shift towards electrification and crossovers. Buick has a very modest lineup of just six vehicles in the U.S. – eight if you count all three Regal variants separately – and none of them are particularly good sellers so a reboot is even more critical. A recent report from cardesignnews.com talks about the challenges facing the brand, but within the article comes news that an all-new coupe crossover is allegedly approved for production and on its way.

Could It Be Similar To The Enspire Concept?

We know nothing about the new model, but the report suggests it’s an all-Buick machine from the ground up. The new crossover was encountered during a rare visit with Buick designers at GM’s design studio in Warren, Michigan, where among other things the attendees were also shown a new concept simply called the Orange Car. Even less is known about this vehicle, other than it seeks to change the way people view Buick. Also, some of its design cues are shared with the aforementioned production-approved crossover. At least, that’s more or less what the cardesignnews.com report seeks to convey.

We do know that General Motors made a sizeable $36 million investment in its Lansing assembly plant. That’s where the Chevrolet Traverse and Buick Enclave are currently built, and in a speech at the facility, GM CEO Mary Barra all but confirmed a new crossover was in the plant’s future. Rumors have said this could be a badge-engineered Cadillac XT4 wearing Buick skin, but this latest report suggests the new crossover is just that – something all-new.

In any case, Buick is certainly in dire need of a reboot. The company is killing it with sales in China, but in North America the numbers aren't as rosy. Sedan sales are obviously through the floor, but even its SUVs and crossovers are struggling to post very minor gains while competitors see double-digit growth. It could be worse, however, as brand's Envision crossover saw the biggest decline of all Buick vehicles with a 26 percent drop from the previous year.