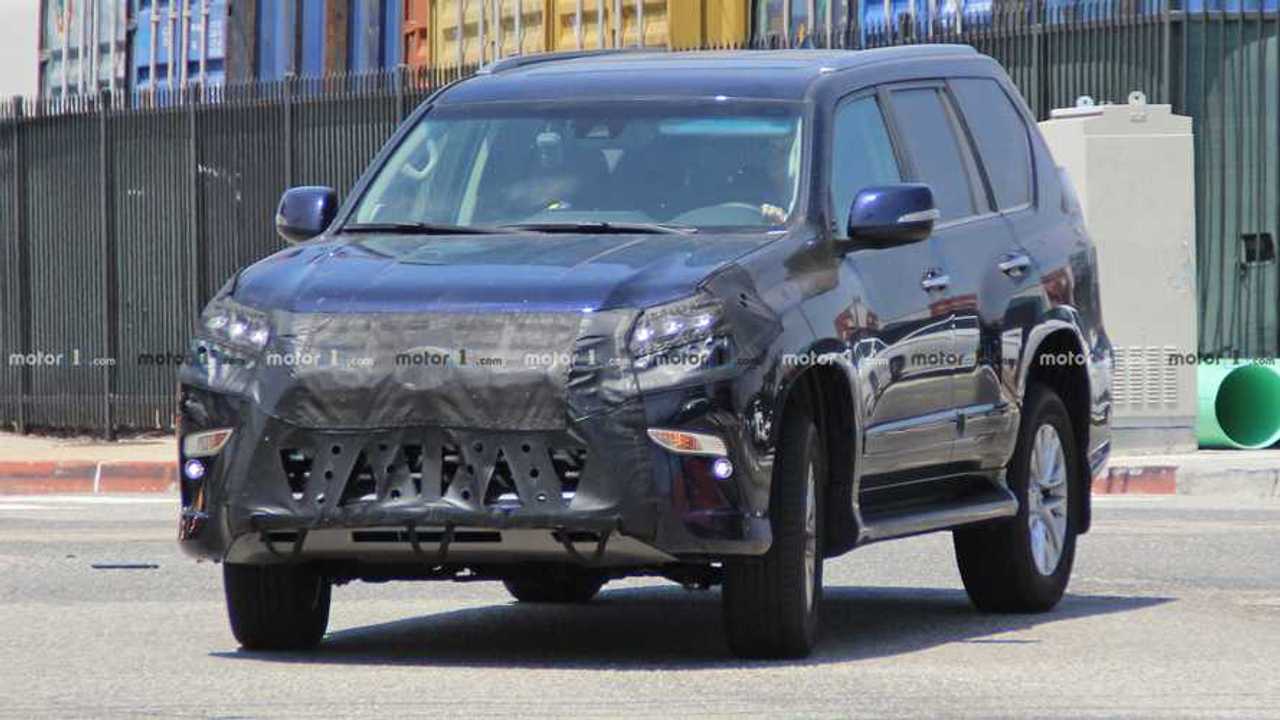 A new gallery of spy photos provides our very first look at the refreshed Lexus GX. The aging SUV is finally due for some upgrades, albeit fairly tiny ones.

The exterior changes are only at the front end of this test mule. The concealment doesn't really hide the redesigned LED headlights. Lexus' polarizing spindle grille still adorns the GX, but this revised version appears to be the sharper-edged design from modern products like the latest LS and LC 500. A contrasting silver area is at the very bottom of the front fascia.

On the inside, the changes are also very minor. There's a new three-spoke, steering wheel. The multifunction display behind analog gauges is larger now. The layout of the center stack is the same, but it's possible the infotainment system software may have an upgrade.

Powertrain changes for the refreshed GX are a complete mystery at this point, and these spy shots don't hint at any significant tweaks. The current model uses a 4.6-liter V8 with 301 horsepower (225 kilowatts) and 329 pound-feet (446 Newton-meters). A six-speed automatic gearbox routes power to an all-wheel-drive system with an electronic locking differential. One possibility is that Lexus could add a more modern transmission with additional gears as a way to improve the SUV's fuel economy.

The current generation of the Lexus GX dates back to the 2010 model year in the United States, and a refresh gave it a revised look to the 2014 example of the SUV. The model has been a moderate success for the marque. In 2018, The company moved 26,724 units of the GX in the U.S, which was only down slightly from 27,190 of them in 2017.