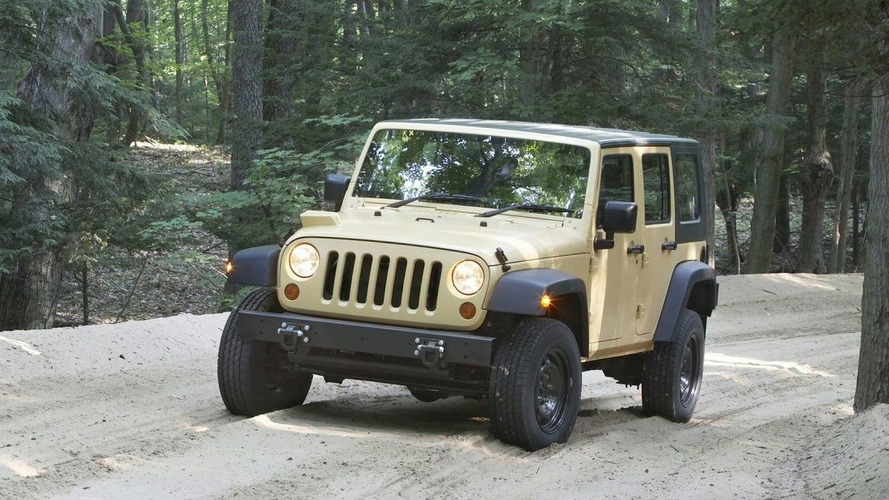 While all eyes are on Frankfurt this week, Jeep has unveiled the Jeep J8 at the 2007 DSEi show at the ExCel complex in London.

While all eyes are on Frankfurt this week, Jeep has unveiled the Jeep J8 at the 2007 DSEi (Defence Systems & Equipment International) show at the ExCel complex in London. The Jeep J8 is a multipurpose 4x4 vehicle specifically designed for military duty, be it for active or civilian government use.

In a recent spy photo article about the upcoming SEMA show Jeep JT Concept, readers Molotov and smokeonit1 pointed out that the test car was actually the J8 and we can now clearly see they were spot on! Thank you for the input!

Jeep's roots can be traced back to the Willys MA from 1941 which, according to Eisenhower, were a key factor in winning the second World War. The Willys evolved into the Wrangler, and today Jeep brings its next evolutionary step named the J8. The J8 is based on the new Wrangler Unlimited, but with a reinforced frame, leaf-spring rear suspension system, snorkel to allow a 762mm submersion and heavy duty bumpers with tow eyes for helicopter transportation.

Power comes from a 2.8 liter four-cylinder turbo-diesel (118 kW / 158 hp) and has 400 Nm torque with a towing capacity of 3500 kg, payload can mount up to 1339 kg. The J8 will be available as left-hand-drive and right-hand-drive, as a two-door with extended pick-up bed or four-door multipurpose vehicle and if its destination is the front line the J8 is fully armour capable.

Thomas Hausch, Vice President – International Sales: “The new Jeep J8 marks the brand’s return to vehicle production for military and civilian government use.” Production will take place in Cairo, Egypt and the Jeep J8 will be available starting spring 2008.