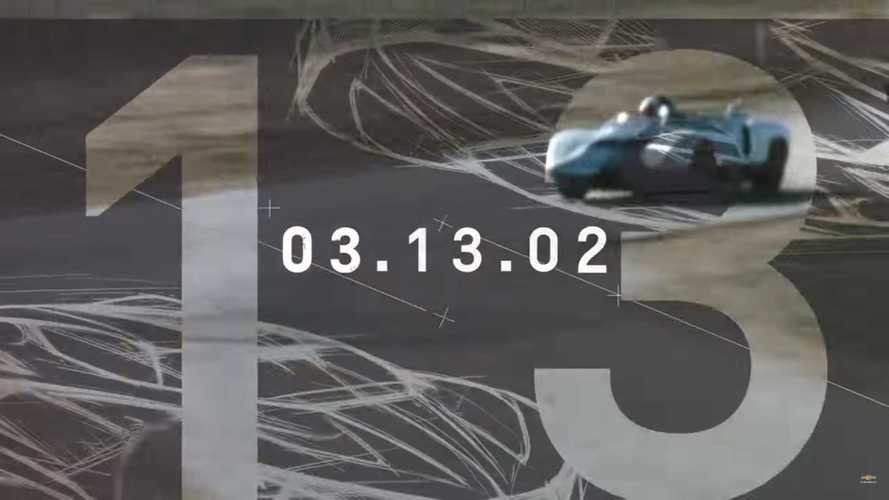 If you blink you will miss it.

Last week Chevrolet dropped its first official teaser video for the upcoming mid-engined Corvette. We already knew the reveal date of July 18 from the big New York announcement on April 11, and though the recent video didn’t specifically list it, invites to media and VIPs that went out at the same time revealed the location for the event as Orange County, California. The one thing we don’t know is exactly what the car will look like, but the aforementioned teaser video might have actual C8 design sketches hidden in plain sight.

The MidEngineCorvetteForum.com team tipped us off to this latest nugget of interesting information. As it stands, the 30-second video is filled with "hidden" images that appear for literally just a fraction of a second, showing previous Corvette prototypes and race cars. You’ll notice at the 14-second mark some squiggly lines on a racetrack that come and go rather quickly, but pause the video at this point and you discover those white marks are actually design sketches. We have them in the gallery below, zoomed in and flipped to show the upside down sketch in a normal configuration as well.

There’s no way to know for sure exactly what we’re looking at here, and the sketches are just that – outlines that lack significant detail. The automaker has built a few mid-engine prototypes over the years, and we suspect the forthcoming C8 went through several phases before a final shape was approved. Still, the lines we see here bear no small resemblance to the many spy photos and renderings we’ve seen in the four (yes, four) years we’ve been following the C8’s development.

It’s just another piece of the mid-engined Corvette puzzle that’s now falling into place after more than a half-century since the original idea percolated with Zora Arkus-Duntov, the man commonly known as the Father of the Corvette. That original vision will finally be realized in a little over two months.