Smugglers in a Jeep Cherokee stuck on border fence [video] 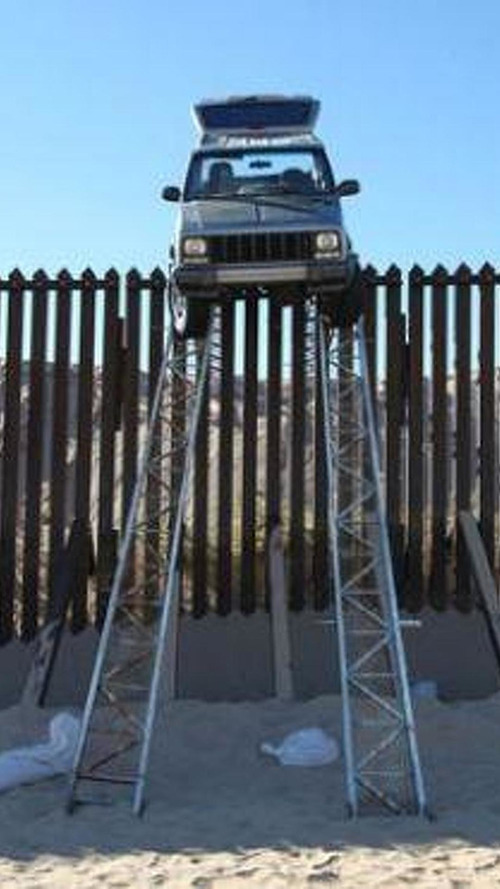 Two wannabe smugglers tried and failed to drive into Arizona from Mexico.

Those two were in a Jeep Cherokee from the 90s and ended up stuck of a metal make-shift ramp. U.S. agents that were approaching the scene saw two people on the Mexican side attempting to free the vehicle but in the end they gave up and ran back to Mexico.

Supervisory Border Patrol Agent Enrique Zarate told FoxNews that this sort of activity is not a novelty in the Yuma Sector, but he did admit that this was one of the more creative attempts. The Cherokee (and ramp equipment) was seized by the U.S Border Patrol after getting it down from the 14-foot-high fence.