Someone Imagined What A GMC Sports Car Would Look Like 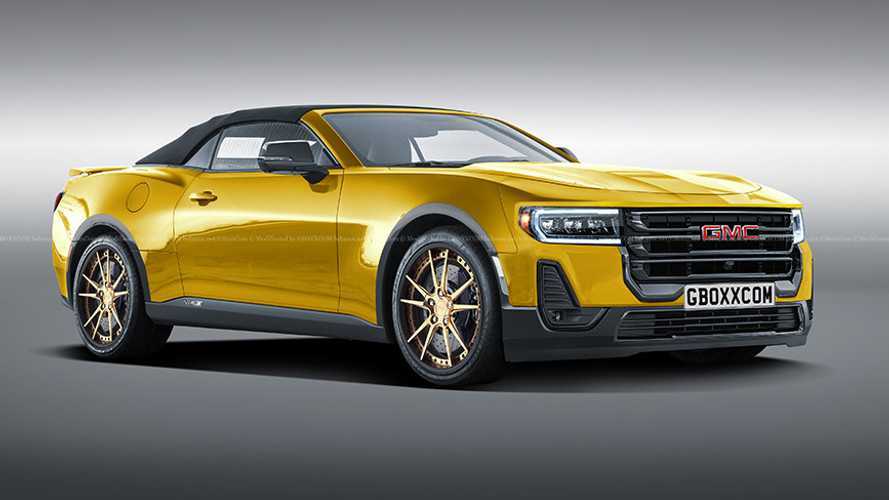 Kill it with fire. Please.

GMC, General Motors’ truck and SUV focused brand, has been quite busy in the last few months. The brand launched a refreshed version of the Acadia and is now accepting orders for the limited Sierra CarbonPro Edition. While the marque is known for its capable all-terrain vehicles, it is also considering entering the car market with the Granite subcompact. Fortunately, it has no plans to compete in the sports car segment which means the vehicle you see here will never happen. Thank God.

This weird virtual creation comes from independent designer Nikita Aksyonov who imagines a two-door, Camaro-based sports car from GMC. It uses the body of the Camaro but ditches the Chevy design of the front and rear for an appearance inspired by the aforementioned facelifted Acadia. It looks relatively good at the back, but the SUV-derived fascia doesn’t fit the overall design language – at least, in our eyes. Also, a different, less pimp-my-ride style wheels would look better.

We need to clarify one thing here. We are not trying to say the rendering itself is bad – no, it’s simply trying to propose a design and it’s doing that task just fine. Most importantly, the digital exercise gives us enough reasons to believe GMC doesn’t need a sports model in its range. A subcompact would probably be fine, but it’s better for the brand to continue its business in the pickup and SUV segments. Not that we’re here to judge, just saying.

Other Wild Ideas By The Same Designer:

BMW M7 Touring Rendered As One Wagon To Rule Them All