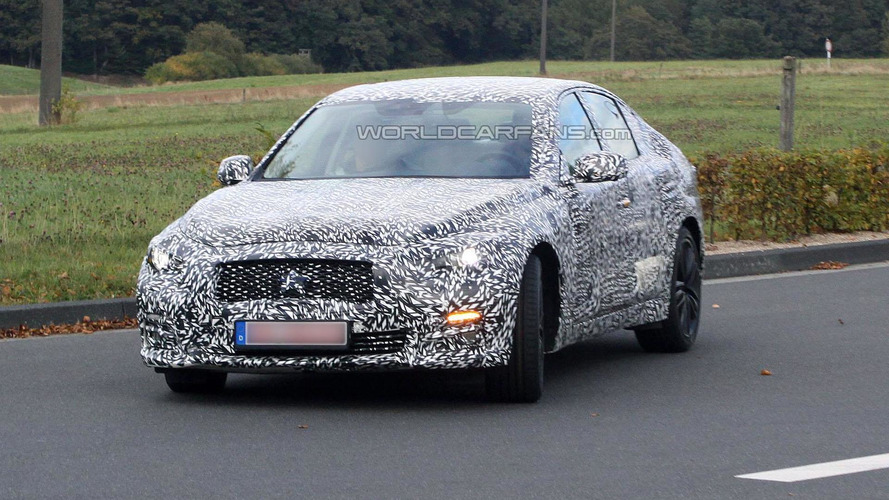 This is the latest spy video with the 2014 Infiniti G37, showing various styling cues borrowed from the Emerg-E concept.

Infiniti is preparing one last facelift for the G37 before the next generation arrives, and we have the video to prove it.

Scheduled for an unveiling next March in Geneva, the updated G37 will feature some styling cues seen first on the Emerg-E concept, including more pronounced character lines, firm’s signature grille and a more fluid shape. In addition, the 2014 model seems to be slightly bigger than the current version so it’s safe to say that it will offer more room inside.

Infiniti plans coupe, convertible and IPL versions for its facelifted G series which will have more in common with the C-Class since Renault-Nissan and Daimler have joined forces. Under the hood it will get a revised VQ 3.7-liter V-6 engine, while in some markets a 4-cylinder diesel borrowed from Mercedes-Benz will be offered. This diesel could be the 2.1-liter unit found under the hood of several MBs, like the 2013 GLK250 BlueTEC.

The Japanese automaker is also planning a hybrid variant that will get a similar powertrain as the one inside the Infiniti M35h. While current IPL variants are available only for the coupe and convertible, the 2014MY G37 IPL could be offered for the sedan as well, with strong chances of seeing a turbocharger to match the upcoming versions of the M3, C63 AMG and IS F.