It's back to conquer the One Lap of America with a lot more horses.

David Hakim of Dodge Garage and David Carr of SRT Engineering is set to conquer the Tire Rack Brock Yates' One Lap of America once more with its slightly modified Dodge Durango SRT. To recall, the speed-hunting duo has championed the Truck/SUV class of last year's One Lap of America and finishing 24th overall among the 50 participants of high-performance cars.

That amazing feat in the cross-country driving marathon was done using a 475-horsepower Dodge Durango SRT, pulling all that power from a 392 Hemi engine. This year, however, the dynamic David duo is stepping it up a notch with a one-off Dodge Durango SRT Pursuit called the Speed Trap.

Aimed to outdo whatever the rival powerful SUVs will throw at them, the Durango SRT Pursuit Speed Trap has a very important weapon equipped this year – a supercharged 6.2-liter Hemi V8 that's borrowed from a Challenger SRT Hellcat Redeye. The output? 797 hp and 707 lb-ft of torque. Okay, we may be understating when we said "stepping it up a notch."

The Durango SRT Pursuit Speed Trap is set to shock other One-Lappers with the extra 300 horses under the hood – if the law enforcement livery, along with the light and siren package, isn't shocking enough.

See It On The Move: 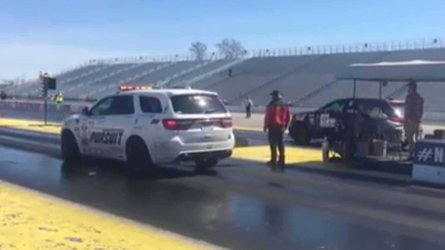 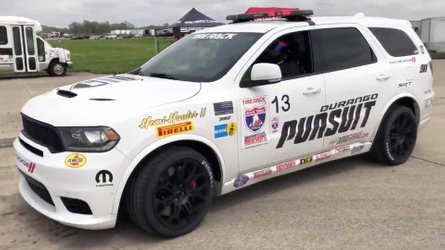 If You Want One In Your Garage, Here Are The Closest You Can Get: 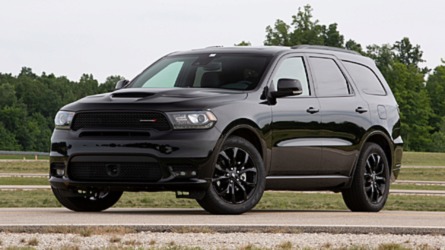 2019 Dodge Durango GT Gets An SRT-Inspired Face And Hood 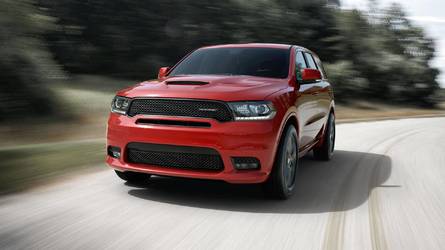 As tires are an important factor in the week-long race, Pursuit Speed Trap is equipped with 305/35ZR20 Pirelli P-Zero tires, which the duo thinks could handle the rigorous power surge from the almost-800-hp V8.