Buick Verano Facelift Spied For The First Time In Michigan 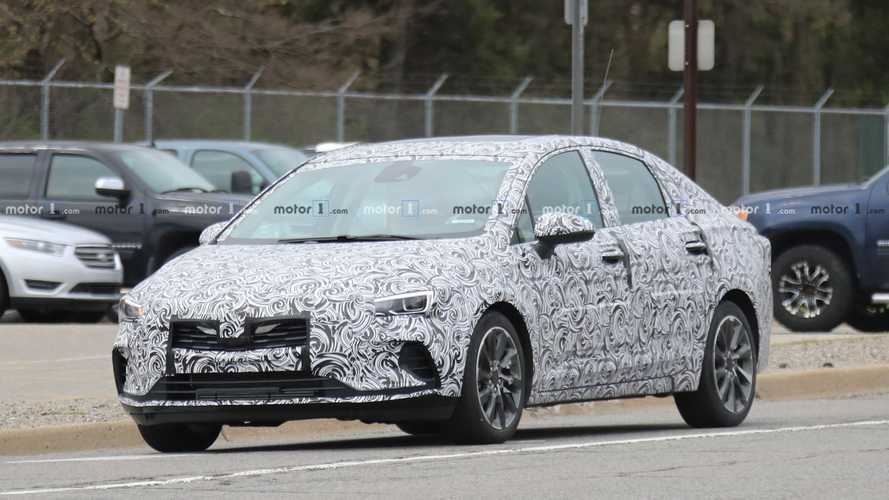 Could the compact be making a return to the U.S. market?

Do you remember the Buick Verano? Folks outside the United States might, though it’s better known under the Opel nameplate save for China, where the compact sedan retains its Buick identity. General Motors canned the Verano in the U.S. after the 2017 model year, but our spies in the Detroit area caught this heavily disguised prototype trolling the automaker’s expansive Milford Proving Grounds. For the record, this is the first time we’ve seen such a vehicle and frankly, we’re a bit surprised by it.

How do we know it’s the next Verano? Even with a camouflage wrap there’s no disguising the Verano’s dual body lines on the side, notably at the quarter-panel where the crease streaks rearward to meet up with the taillights. The side mirrors are a straight-up match with the current version, and there’s also no mistaking the distinctive Buick flying V grille treatment seen on other recent models from the brand. This prototype tries to hide its badge from the public eye, but given all the evidence – not to mention the GM-rich environment in which it was spotted – there’s no doubt that we’ve glimpsed the new Verano.

Speaking of which, this car just received a minor facelift which is partly why we’re surprised to see a fully wrapped prototype. It appears this new version gets a fresh front fascia with larger corner vents similar to what we see on the Buick Regal. Headlights appear smaller in size as well – another feature that brings the Verano closer in tune with its larger sibling. Changes at the rear are less obvious but new taillights are in the mix. The lower portion of the rear fascia seems to emphasize the trapezoid exhaust tips a bit more as well.

We’ve heard nothing about potential interior or powertrain changes. It currently offers buyers a choice between a 1.5-liter or 2.0-liter four-cylinder, turning just the front wheels. With this prototype appearing to offer another facelift as opposed to an all-new model, we suspect changes to the greenhouse and powertrain will be limited.

A bigger question for U.S. buyers is whether or not this Detroit-based sighting suggests the compact sedan could return to the North American market. With automakers dumping resources into SUVs and crossovers, it seems unlikely the Verano could enjoy a revival but we’ve learned to never say never. As for the Chinese market, this is probably a car that will debut sometime next year, possibly as a 2021 model.