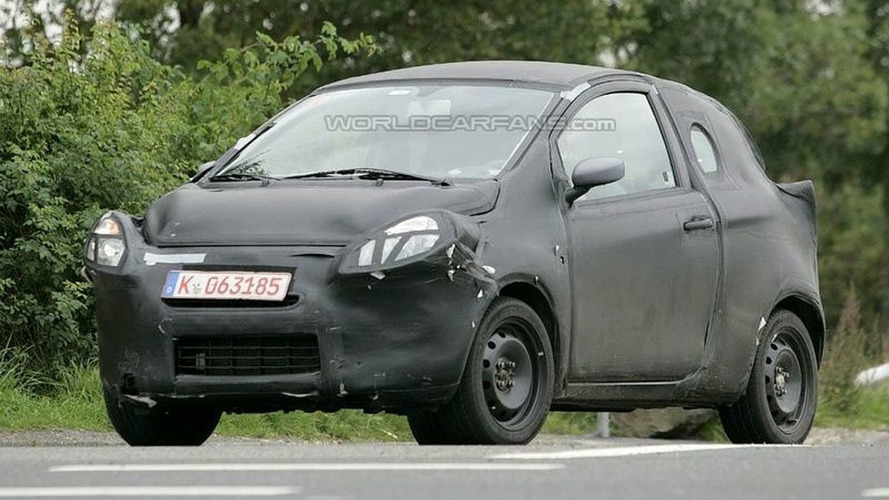 Sergio Marchionne, boss of Fiat, and chief of Ford Europe, Lewis Booth, began their talks about a co-operation for a new city-car project, namely the new Ford Ka, first introduced in 1996, and the successor of the Fiat Seicento, on the market since 1998. Booth said after the meeting that both companies would expect substantially lower costs for development and material and drastically improved products. Six months after their first meeting, at the 2005 Frankfurt Show, both manufacturers signed a co-operation contract and now, exactly two years later, the first of the twins was born: the Fiat 500 was officially launched at this week’s motor show in Frankfurt.

The Ka, however, was not on display. But we can show it to you anyway as our spies were lucky shooting a first prototype while undergoing road tests close to the Nürburgring right at the time Fiat took off the cover of their new 500 at the press conference in hall 6 of the Frankfurt fair ground.

Alfredo Altvilla, Fiat’s man for new business projects, explains why Ford’s new Ka will be available only half a year after its Italian twin: “We had already started with the 500 project when Ford came into the picture.” The delay is owed to the time it takes to develop and build construction robots for the interior. Both, the Fiat 500 and the new Ford Ka, will be built in Fiat’s Tychy plant in Poland.