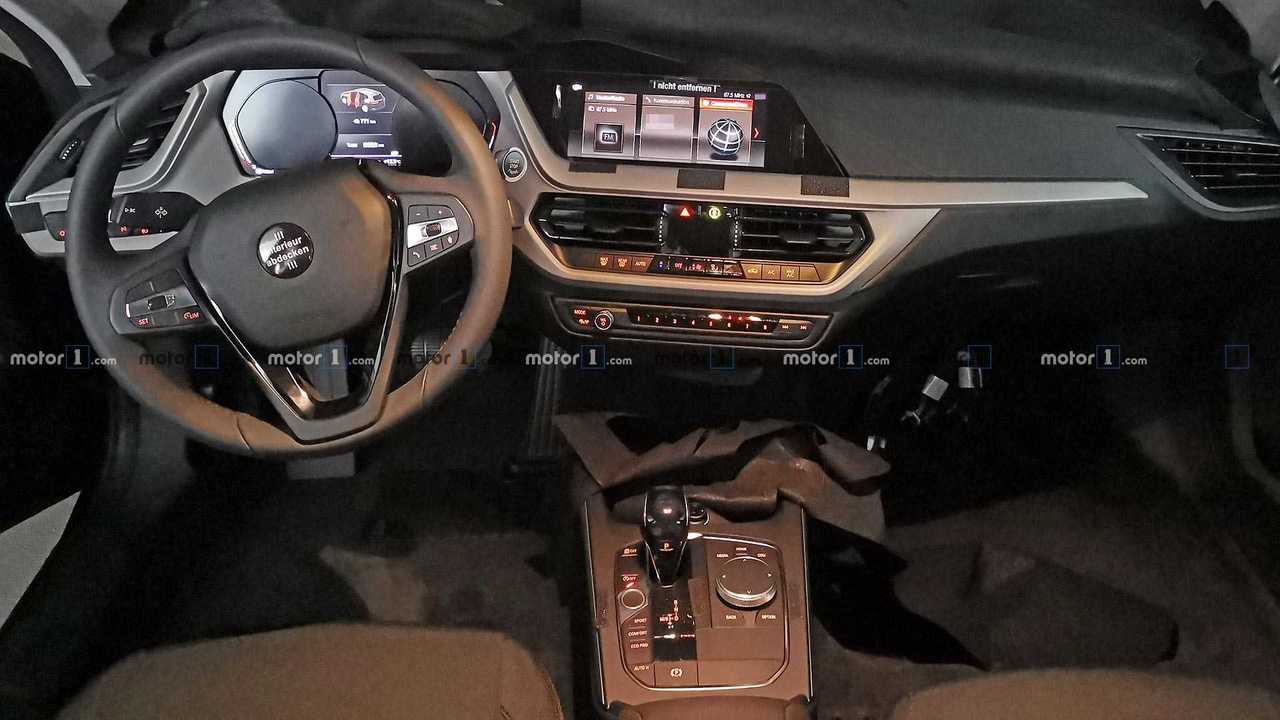 There's also a chance to see the hatchback on the Nordschleife.

The new BMW 1 Series will make a public debut at September's Frankfurt Motor Show and will possibly have an online unveiling even sooner. These spy shots catch some of last laps of testing of the new hatchback and provide the best look yet at its cabin.

The new 1 Series will ride on BMW's FAAR platform that will replace the UKL underpinnings for BMW's front-wheel-drive focused vehicles. The base model will allegedly be the 118i with a turbocharged 1.5-liter three-cylinder with 138 horsepower (103 kilowatts) and a seven-speed dual-clutch gearbox. A hybrid version of this powertrain will arrive eventually with 221 hp (165 kW). The M135i will sit at the very top of the range with a turbocharged 2.0-liter offering 302 hp (225 kW). The entry-level diesel will be the 120d with a 2.0-liter mill making 190 hp (142 kW) and running through an eight-speed dual-clutch transmission.

These photos (above left) are especially interesting because they appear to catch a lower trim level of the 1 Series than the spy shots from a Motor1.com reader (above right). The most notable change is that the car in the older pictures appears to have a digital instrument display. In comparison, the model in the newer shots only has a digital screen in the center but two circular sections for analog instruments.

Also, look at the driver seat. The car in the earlier photos had extending thigh supports that we'd usually expect to see on a performance-oriented trim. The model in the latest pictures doesn't have this section, suggesting this is a lower-level trim.

The new 1 Series won't come to the United States, though. Instead, the 2 Series Gran Coupe sedan will use the same platform and will debut at the Los Angeles Auto Show in November. The four-door will be on sale in the U.S. in mid-2020.