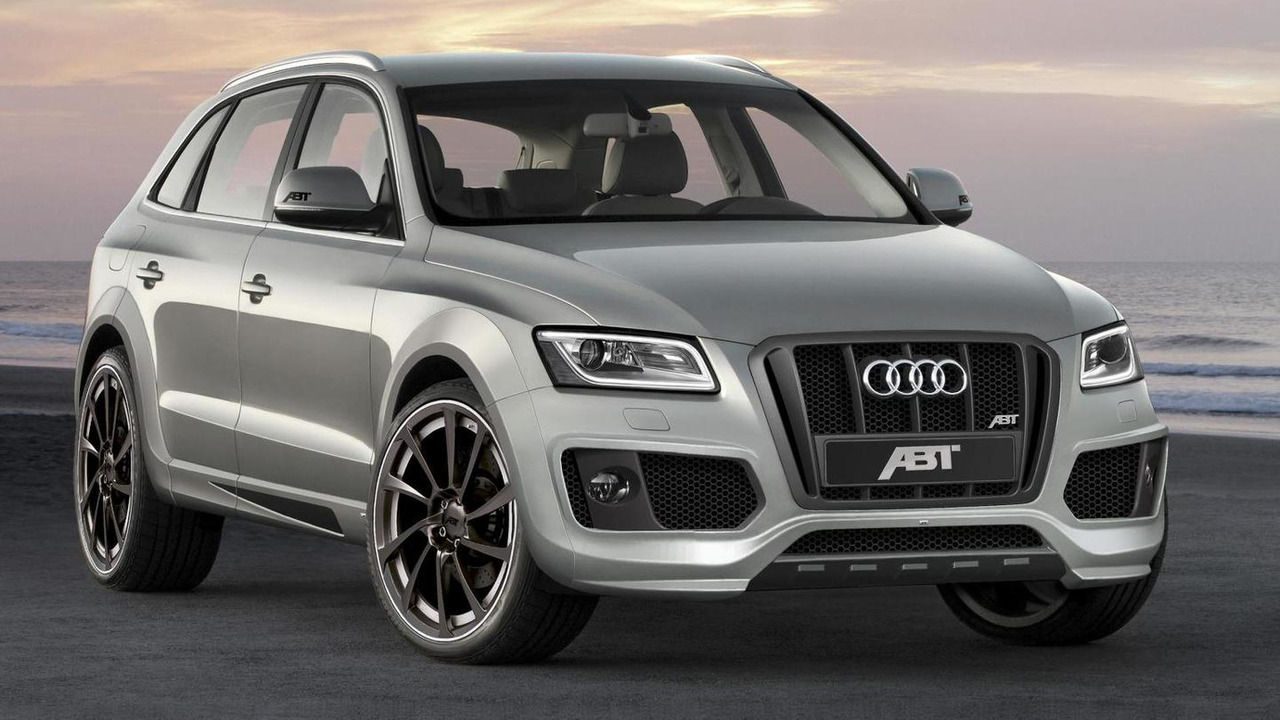 ABT has developed an upgrade program for the Audi Q5. Two diesel engines get a power boost, along with other tweaks.

ABT Sportsline is now offering an upgrade kit for the facelifted 2013 Audi Q5, including power boost for two diesel engines.

Aside from the power hike, ABT is also offering a new exhaust system with two double pipes, as well as various wheel designs ranging from 20 to 22 inches. The tuner has updated the SUV’s front grille and installed fender extensions. Other modifications were performed on the door strip attachments, rear skirt set and rear wing.

As a final touch, the Audi Q5 has been lowered by approximately 30mm after installing ABT’s suspension springs.

Full details are available in the press release.