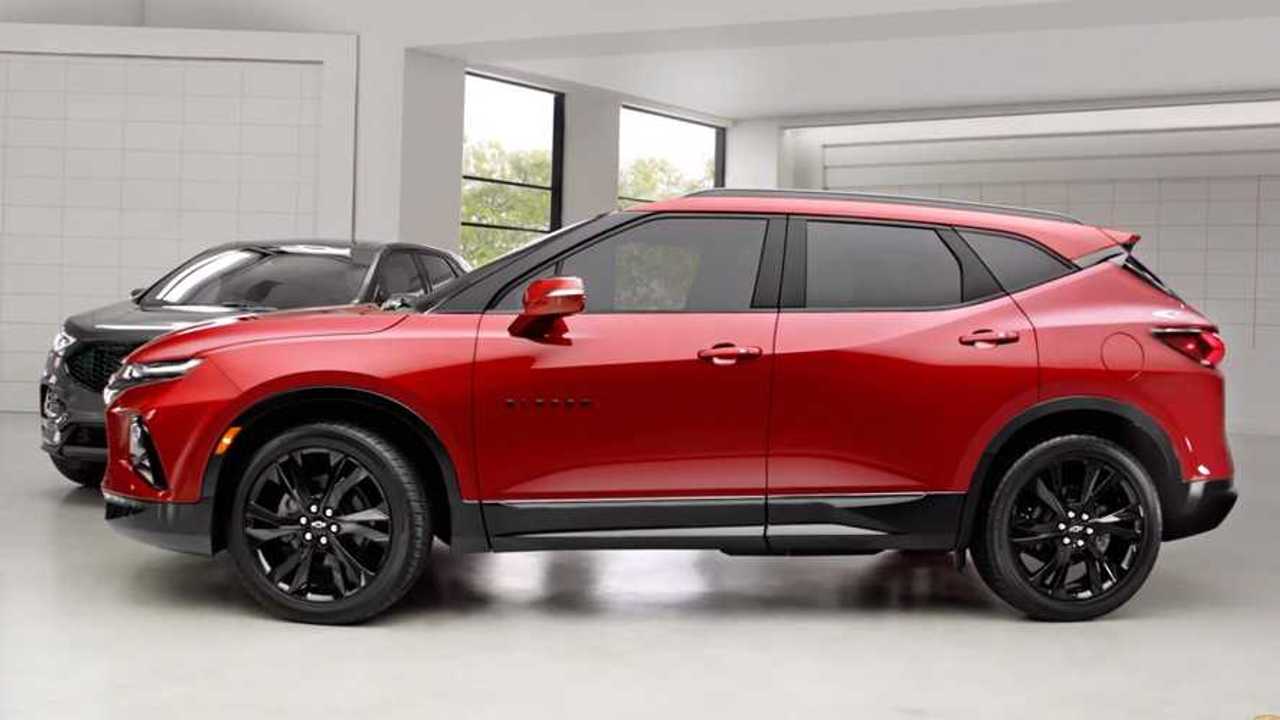 What do a guitar or mid-century modern chair have to do with a Blazer?

Update: For reasons unknown at this time, Chevrolet has pulled its new 'Real People' ad from YouTube. We still have a description of the spot in the article below.

Chevrolet's "Real People. Not Actors." series of commercials already draw ire for having the participants saying things so positive about the Bowtie's products that the statements strain belief that there's anything authentic happening on the screen. If the current ads get on your nerves, then the new one is sure to infuriate you.

Past Criticism Of These Ads:

The 30-second spot (above) compares a red Chevrolet Blazer against a silver Jeep Grand Cherokee and gray Ford Edge. There are assorted pairs of objects like a folding chair and mid-century modern one; a crying clown painting and abstract art; and an electric guitar and an accordion. Then the host asks which items the real people would put in the Blazer and which would go into the Jeep or Ford.

As you'd expect from a commercial, the "real" people pick hipper, generally more expensive items to go into the Blazer. The Ford and Jeep get what's left. The ad is trying to draw the connection for viewers that the Bowtie's SUV is the cool, stylish choice in the segment. The spot comes off as heavy-handed, though. Of course, people are going to be attracted to the bright red vehicle that's parked in front of a gray or silver competitor.

Worst of all, the Blazer is an interesting entry in the crossover segment and has some compelling strengths. It deserves a better ad.

Chevy's "real people" ads are old enough now that it's also getting hard to believe that the participants don't know what's going on. Even if there's no coaching beforehand, they are likely familiar with the spots and know to gush over the Bowtie's product.

A second new Blazer ad (above) is a little better. Chevy simple parks the SUV in an area are walking by and records what they say. The company obviously cherry picks the most positive statements, but at least these folks come off as somewhat real people.