An all-paw version would go up against the VW Golf R.

The possibility of an all-wheel-drive i30 N is not exactly breaking news, but Hyundai has now confirmed they’re actually building and testing prototypes of a potential VW Golf R competitor. Speaking with Cars Guide, the company’s public relations manager in Australia, Guido Schenken, made the announcement about the possibility of an all-paw hot hatch, adding an AWD layout has been part of the car’s strategy from day one.

Could This Be It? 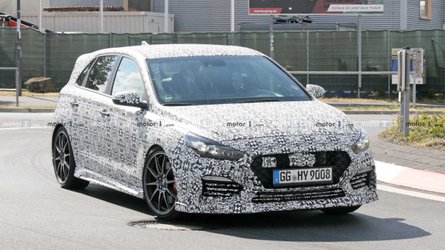 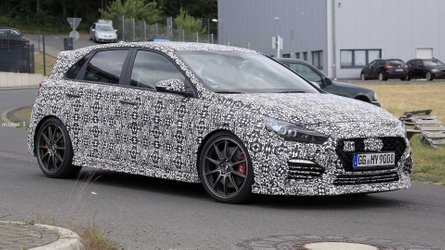 N boss, Albert Biermann, has previously said Hyundai’s go-faster division is serious about launching performance cars with AWD, and by the looks of it, the i30 N could be the first one. Should it get the proverbial green light, it might also mean the i30 N Fastback will send power to both axles. Consequently, the Veloster N could also theoretically accommodate an all-wheel-drive layout since the quirky hatchback is heavily related to the two i30 models. However, nothing is confirmed at this point.

Gallery: Hyundai i30 N with N Option at the Paris Motor Show

Interestingly, Cars Guide has learned from a consultant working with Hyundai Australia that the all-wheel-drive layout and the rear suspension setup of the Kona are compatible with the i30: “Both cars sit on the same platform and the Kona’s rear-end bolts right in.” This means Hyundai is thinking of a Kona N – for which at least one prototype was built about a year ago as per a statement made by Biermann.

Aside from developing an AWD system tailored to its N-badged cars, Hyundai’s performance division is also toying around with the idea of a dual-clutch automatic transmission. Last time we heard, which was back in March 2018, the DCT-equipped i30 N is slated for a late 2019 release. In addition, a two-pedal Veloster N might have been spotted last month at the Nürburgring, but we can’t be 100% sure.

What this means is that the N’s future looks bright: all-wheel drive, dual-clutch automatic transmission, and even a halo car likely of the mid-engined variety.