It's unconfirmed at this point, but the evidence is mounting.

It can be a bit complicated keeping track of all the new and upcoming Mercedes-Benz models. We were introduced to the new Mercedes-Benz GLE-Class in September 2018, with the only model being a GLE 450 mild hybrid producing 362 horsepower (270 kilowatts) from a turbocharged 3.0-liter I6. AMG followed up with a 429-hp (320-kW) GLE 53 at the 2019 Geneva Motor Show in March, but now Carbuzz reports an even hotter engine option could be coming – not with the upcoming AMG GLE 63 but an up-spec GLE 580. 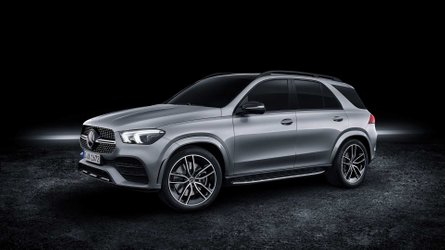 Specifically, the report points to a visit the Carbuzz folks had with a Mercedes-Benz dealership. While there, an order form allegedly cropped up showing a forthcoming GLE 580 model. Mercedes doesn’t currently offer such a machine, but there is a GLS 580 that was just revealed with the new GLS-Class at the 2019 New York Auto Show. It is Merc’s new range-topping SUV, and under the hood is a twin-turbocharged 4.0-liter V8 making 483 hp (360 kW). GLE 450, GLE 580, AMG GLE 53, GLS 580 – we weren’t kidding when we said this stuff was a bit complicated.

To be completely clear, no engine option was mentioned with this proposed GLE 580. The prevailing theory at this point is that, since the larger GLS 580 brandishes the boosted V8, the smaller GLE 580 will likely feature it as well. The theory is supported by – and we hesitate to type this because it only makes things more complicated – the lower-level GLE 450 and GLS 450 already sharing the same I6 powertrain mentioned in the first paragraph. 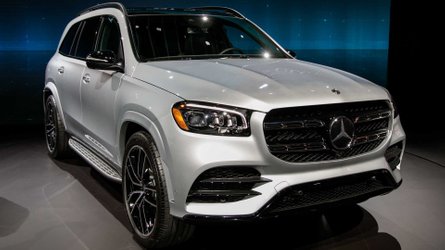 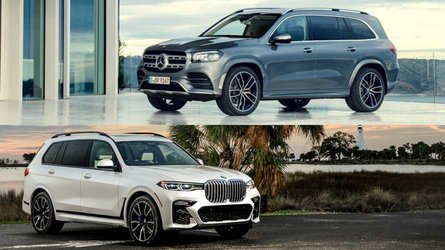 Symmetry aside, having a V8-powered GLE 580 would also bridge the rather large gap between the AMG-tuned GLS 53 and the as-yet-unrevealed GLS 63 (yes, we just tossed another Mercedes model into the mix), a monster SUV which is expected to have over 600 hp (447 kW) from a higher-tuned 4.0-liter twin-turbo V8. 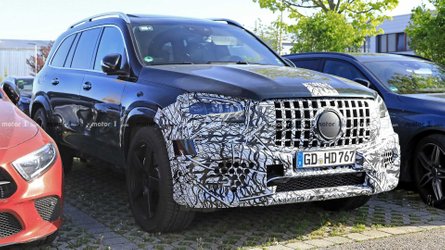 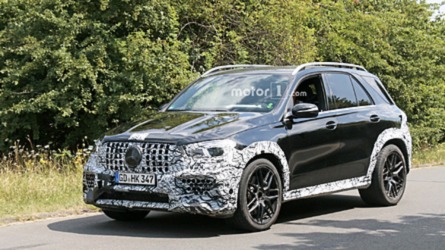 We don’t blame you if you got lost through the alphabet-soup of models mentioned here. To summarize, it appears Mercedes will offer a new high-end model of its midsize SUV with a throaty V8 later this year. It won't be an AMG model, but it would fit neatly between the current AMG-tuned version and the forthcoming bonkers AMG-tuned version.

Geez, maybe we should’ve led with that and filled the rest of the article with links to drag races and smoky burnouts.