It's 1960's minimalist styling applied to a current-generation E-Class.

As far as automotive designs go, Mercedes-Benz keeps things understated for the most part. When you look back at the brand's iconic models from the 1960s and 1970s, there’s an undeniable subtlety and stateliness baked into the classic style that can make modern Mercs of even modest persuasion appear busy by comparison. Enter David Obendorfer, a talented automotive artist with an eye for detail and as you can see, he’s turned that eye towards the present-day E-Class sedan and executed a retro makeover. The result is what Obendorfer calls the Icon E Concept. 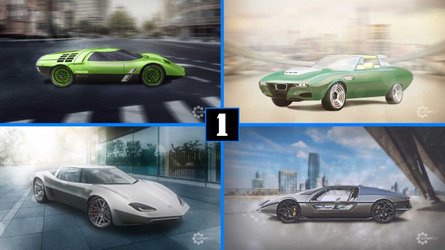 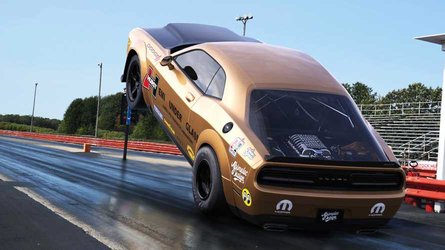 In short, this is a modern take on the iconic W115 sedan that hit the scene in 1968. In a short statement on his handiwork, Obendorfer references the vertical headlight orientation of that model as the starting point for this project. He describes his theme for this creation as one of "modest luxury" that adopts a minimalist approach both outside the vehicle and within. The body lines are simple and give way to a well-proportioned shape that we’d definitely classify as subtle, especially up front with lack of vents, oddly-shaped openings, and aerodynamic tweaks we’ve become accustomed to on front fascias of modern cars.

Admittedly, the vertical headlight orientation is reminiscent of Cadillac, but there’s no mistaking the broad grille for anything other than Mercedes. At first glance, one might be tempted to call this design boring, but the more we look at it, the more we appreciate the lack of visual drama that’s become so ingrained in modern automotive styling.

Anyone who’s had the pleasure of driving or riding in a pre-electronics-revolution automobile will understand the Icon E’s minimalist interior. Admittedly, this approach with the Mercedes digital instrument cluster on an expansive, empty dash isn’t quite as appealing as the exterior, but the steering wheel is cool as cool can be. Space is generous, but the greenhouse is also designed to feel spacious. That’s something many automakers seem to miss in modern designs, even though they claim to try.

What do you make of this curious fan-created concept? We’re so used to seeing flamboyant shapes packed with wings and vents that this minimalist approach has us a bit off-balance. Then again, we suspect that's exactly the point.