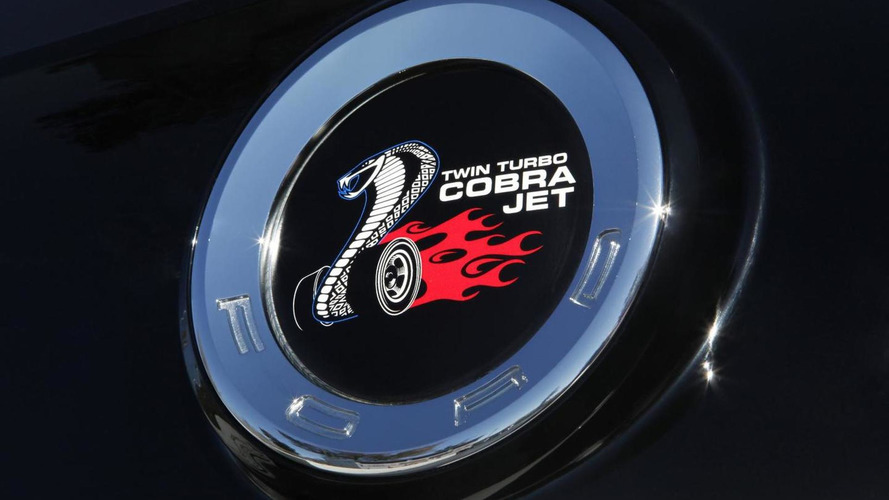 The Ford Mustang Cobra Jet Concept has made its debut this week in Las Vegas at SEMA, featuring twin EcoBoost turbochargers.

The Ford Mustang Cobra Jet Concept has made its debut this week in Las Vegas at SEMA.

Ford Racing has developed a prototype version of the drag racer with a new V8 engine. While the 2013 Mustang Cobra Jet has a supercharger that can provide instant on-demand power, it needs a considerable amount of power at high boost levels. The Blue Oval mentions that the 2.9-liter blower on the 2013 Cobra Jet needs 100 hp (74 kW) to drive the supercharger.

To fix this important power loss, the Mustang Cobra Jet Concept has two turbochargers that provide a significant increase in power without the losses related to superchargers. For this concept they selected the smallest possible turbos to obtain necessary airflow, while other enhancements were implemented to improve responsiveness and lower internal friction.

The automaker did not reveal horsepower figures nor did mention if this twin-turbocharged version is scheduled to reach production phase.

We remind you that the 2013 Ford Mustang Cobra Jet comes with a V8 5.0-liter engine available with or without the 2.9-liter Whipple supercharger. It was limited to 50 units, with prices starting from $85,490.