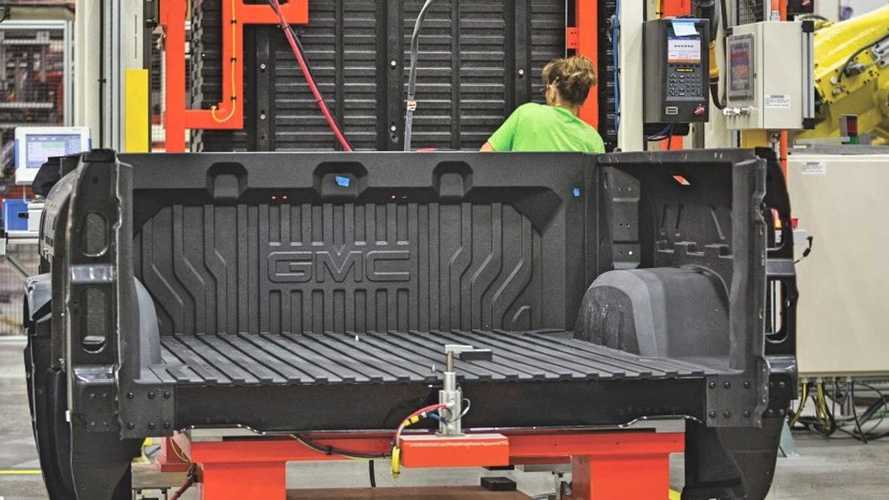 Fret not, Silverado fans: you too might be able to order your next truck with a carbon fiber bed.

Carbon fiber, once the exclusive realm of high-dollar hypercars, has gradually trickled down into the general consumer market. Advances in manufacturing and materials have made carbon fiber less expensive, and regular folks like us will be reaping the benefits for years to come – until something better comes along.

Carbon fiber is incredibly strong and light. That makes it very attractive for a wide range of automotive applications, and as it becomes more and more viable for mass production, we predict that it will be increasingly utilized by manufacturers.

GMC Sierra Customized For Off-Road Is One Mean Truck

A previously uncharted realm of carbon fiber was the pickup truck market. A few years back, Ford began saving weight by using aluminum beds and cabs on the F-150. Now, GMC is offing a carbon fiber truck bed on the GMC Sierra. How's that for one-upmanship?

While 2019 Sierras with the CarbonPro bed are just now gearing up for limited production, Automotive News says that it's only the beginning, and that we should expect to see the CarbonPro bed as an option on the Chevrolet Silverado as well.

The benefits are numerous. Not only does the carbon bed weigh less than the steel bed, it also affords more cargo volume than a similarly-sized steel bed.

For those worried about durability, fear not: GM extensively torture tested this bed, which included dropping cinder blocks and 55 gallon drums filled with water on it. It even survived a burnout from a studded snowmobile track. Sounds like someone had a fun day at work.

Pickup truck owners in northern climates that use road salt in the winter will be happy, too – after all, carbon fiber doesn't rust.  That means that you won't have to crawl salvage yards in the south for a rust-free bed every five years or so. You'll still have to watch the floors and cab corners, though.