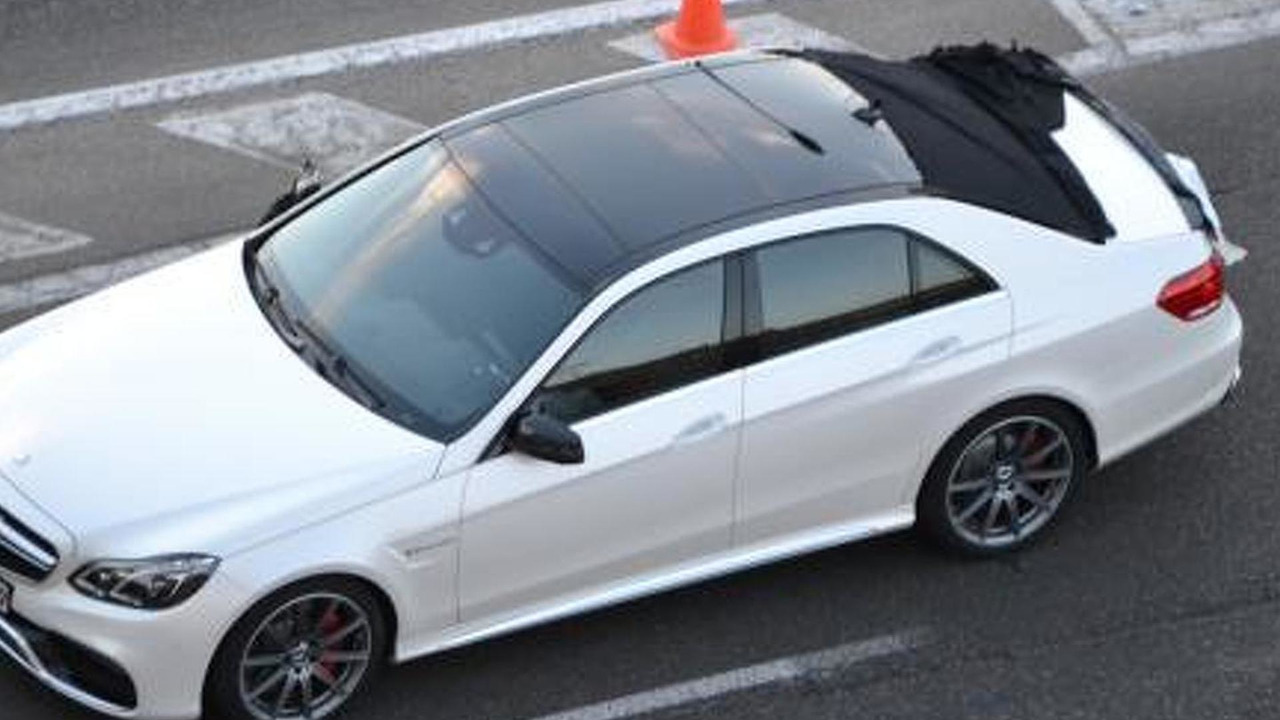 Autofacil reader has managed to take a picture of the 2014 Mercedes-Benz E-Class without any camouflage.

Autofacil.es reader has managed to take a picture of the 2014 Mercedes-Benz E-Class without any camouflage. The photograph was taken from hotel Chamartín in Madrid, Spain.

This could very well be the E63 AMG version judging by the large alloy wheels, big air vents on the front bumper and the red brake calipers. The photographer, Víctor Gutiérrez Poza, also mentioned that he noticed a “V8 biturbo” logo on the front fender.

Based on this picture and what we have seen in previous spy photos, the 2014 E-Class is more than just a simple facelift as it will bring extensive updates, including one-piece headlights with LEDs and bi-xenon, revised front grille and a new hood.

As we reported two weeks ago, a source has informed us that the E63 AMG will be offered as standard with 4MATIC all-wheel drive and will produce 543 hp (405 kW) without the optional Performance Package. It will be capable of reaching 62 mph (100 km/h) in 3.4 seconds.