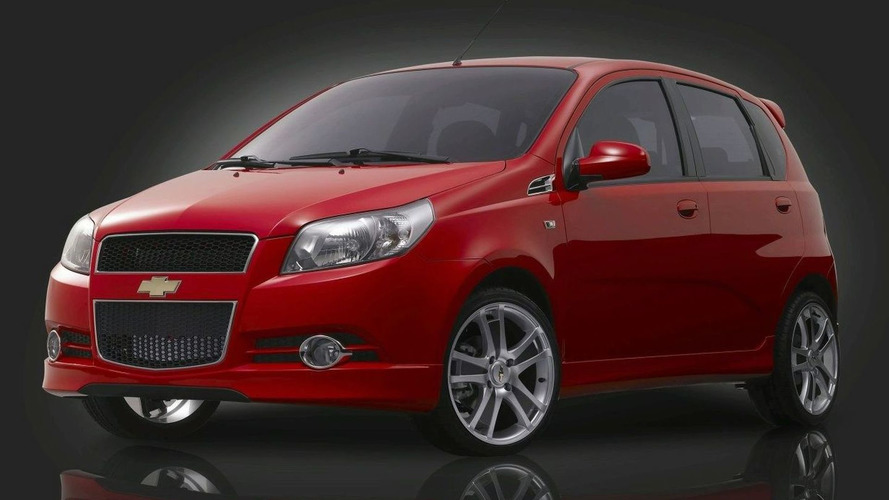 The Aveo hatchback sports ChevroletÃ¢â‚¬â„¢s new design features, as characterised by the big horizontally split radiator grille with a body-coloured crossbeam and the brand logo sitting prominently in the center.

Chevrolet has been gaining ground in Europe since its return to its home continent in 2002, with a 1,8% market share as its best ever result in 2007. The Kalos was the first car in the market after Daewoo was rebranded to Chevrolet and last week at Frankfurt, Chevrolet debuted its Kalos successor. The new car has been completely redesigned and renamed to Chevrolet Aveo.

The new Aveo joins the Aveo notchback and displays Chevy's new design features like the horizontally split grille, large curved headlights and contours which flow from the bonnet to the A-pillar.

The Aveo hatchback will be available with two engines, a new 1.2 liter engine producing 84 hp and the existing 1.4 liter engine with 95 hp. Expect the new Aveo in showrooms in March 2008.