Mid-Engined C8 Chevrolet Corvette To Debut At Event In California 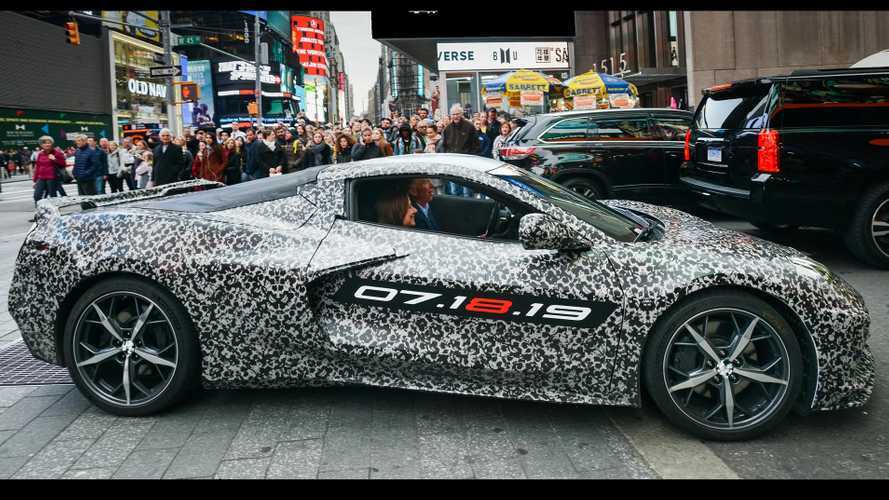 We already know that Chevrolet has everyone in the automotive industry saving the date for July 18 of this year. That's when the covers finally come off the long-awaited mid-engined C8 Corvette. Now, we're getting word through MidEngineCorvetteForum.com that the location for the big event will be in Southern Californa, specifically Orange County. We've confirmed with Chevrolet that yes, SoCal is the place where all will be revealed.

This comes on the heel of a new teaser from Chevrolet that, among other things, flashes through Corvette history. Pause the video at just the right time and you'll see C7.R racing 'Vettes, the 1963 Corvette GS-II experimental racer, and previous mid-engine concepts including the Corvette Indy. The video opens with Zora Arkus-Duntov, the man often referred to as the "father of the Corvette" who was also an accomplished race car driver before he took over as Chevrolet's head of performance in the 1960s.

What do we know about the new supercar? Its reveal date and location are the only official tidbits of information, but rumors suggest the first model on sale will be the Stingray packing the familiar 6.2-liter V8 used in the current front-engined model. The transmission is believed to be a new dual-clutch gearbox, though the very clear-sounding manual shifts in the recent teaser video leave the door open for a three-pedal arrangement.

Eventually, Chevrolet will introduce higher horsepower options, with the ultimate 'Vette possibly being a 1,000-hp (745-kilowatt) hybrid model that allegedly was so powerful that it twisted the frames of prototypes. A mid-range twin-turbo mill based on the 4.2-liter Cadillac Blackwing V8 is also expected, likely producing somewhere in the 600-hp (447-kW) range.

We'll be on-hand for the big event in California. In the meantime, we'll keep our eye peeled for new info this car that's literally been decades in the making.