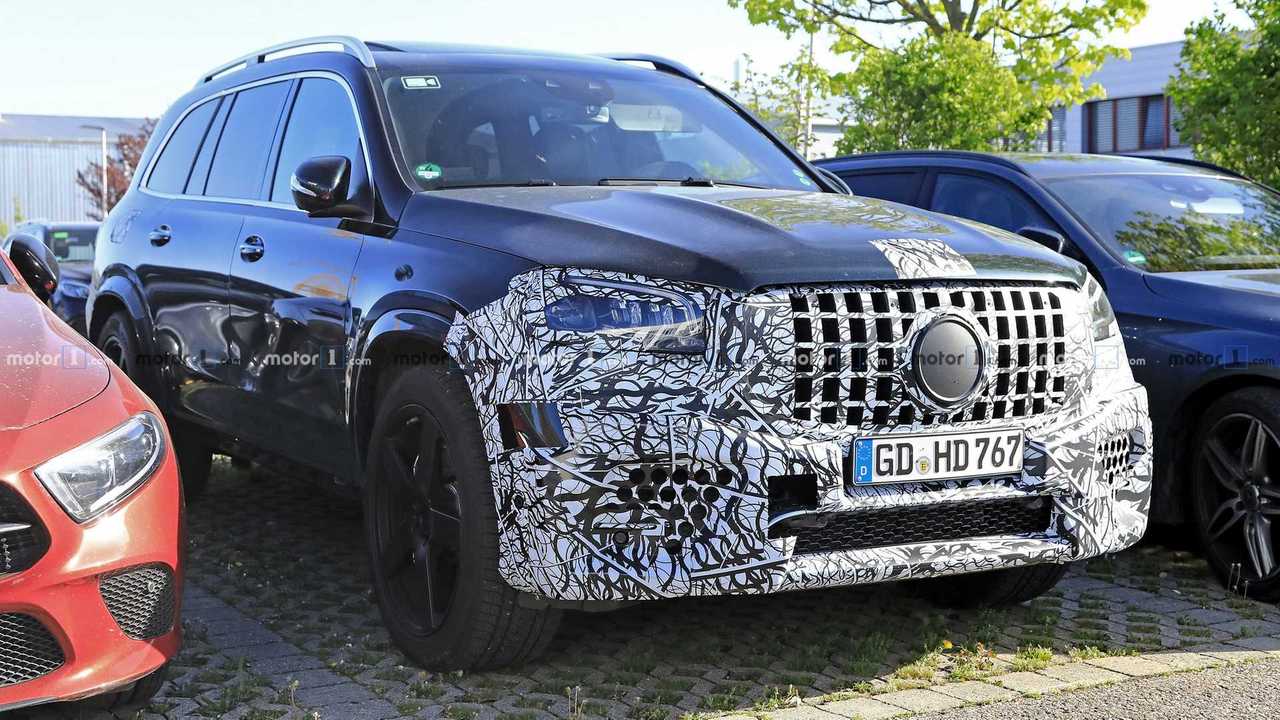 The camo is getting thin, but a reveal is still probably many months away.

The new range-topping Mercedes-Benz GLS-Class SUV just debuted a couple of weeks ago at the 2019 New York Auto Show. In GLS 580 trim, the luxurious seven-passenger people mover boasts 483 horsepower (360 kilowatts) from its hybrid-assisted 4.0-liter twin-turbo V8 under the hood. This lightly camouflaged version likely has a 4.0-liter engine as well, but this is no ordinary GLS. In fact, it’s the monstrous AMG version, and this thinly covered prototype is the best look we’ve had of the forthcoming beast so far.

Actually, we haven’t seen very much of the new AMG-tuned GLS at all. It first hit our radar a little over a year ago, heavily camo-wrapped front-to-back with dense shielding over its Panamericana grille. That bit of camouflage is still firmly entrenched on this particular model caught lounging in a parking lot, but with the standard GLS now revealed, much of the body wrap on this AMG tester is pulled clear.

The shedding of its swirled skin helps us better understand the aesthetic changes coming to the AMG version, especially the more aggressive front fascia that stretches out to meet slightly wider fenders. Similar treatment is given to the rear fascia, which incorporates a diffuser and reaches to aggressively flared wheel arches filled with fat high-performance rubber. If the sizable wheels and tires aren’t enough to convince you of the SUV’s AMG connection, the quad exhaust outlets should be the clincher.

As for power, the current hot GLS delivers 577 hp (430 kW) from a larger-displacement engine but the 4.0-liter mill should easily eclipse that mark. The question isn’t whether it will pack 600 hp (447 kW), but how far beyond that mark it will go. And of course, there’s the other question of when the GLS 63 will be revealed. Thinner camouflaged prototypes are a good sign that a reveal is getting closer, but with the standard GLS having just been revealed, we likely won’t see the AMG badged SUV until late this year or early next year, marketed as a 2021 model.