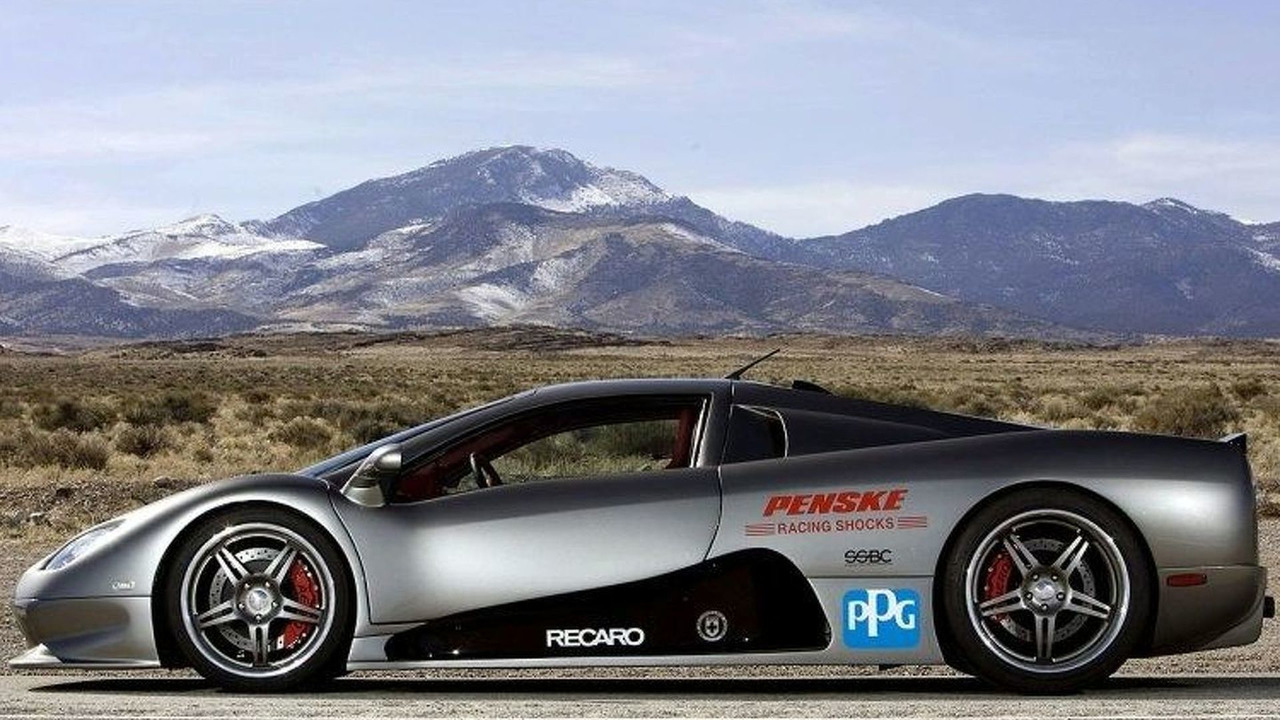 There's little point in arguing with SSC (Shelby Supercars) when they describe their Ultimate Aero as one of the most extreme vehicles on the road today. After all, it really is, now taking the crown as not 'world's fastest production car'.

There's little point in arguing with SSC (Shelby Supercars) when they describe their Ultimate Aero as one of the most extreme vehicles on the road today. After all, it really is. Having the crown as not only the world's most powerful production car, but also recently acquiring 'world's fastest production car', this is an incredible vehicle, boasting 4-figure power and torque statistics and top speeds of a cool 255 mph. And it could be yours to own, pockets permitting.

Performance is squeezed out of a twin-turbo eight-cylinder V-aligned engine, generating one thousand, one hundred and eighty three horsepower (read that again, that's 1183 hp). It beats even its more expensive supercar rivals on power hands down and easily allows the Ultimate Aero to claim 'world's most powerful' production vehicle title. In addition to ridiculously-high raw power, one thousand and ninety four (1094) lb-ft of torque is also on tap, coupled with the Aero's lightweight, aerodynamic body and 'the best handling systems available'.

Tested by Guiness World Records officials in Washington, the vehicle had to drive a pre-determined course, turn around and return within the hour in the opposite direction. With speed recordings on both runs, any discrepancies in course or conditions are ironed out. The Ultimate Aero's first run topped 257.11 mph, with the return run reaching 254.55 mph. Entering the record books will be the averaged figure of 255.83 mph. It nabs the 'fastest production car' title from Bugatti's 253.2 mph Veyron.