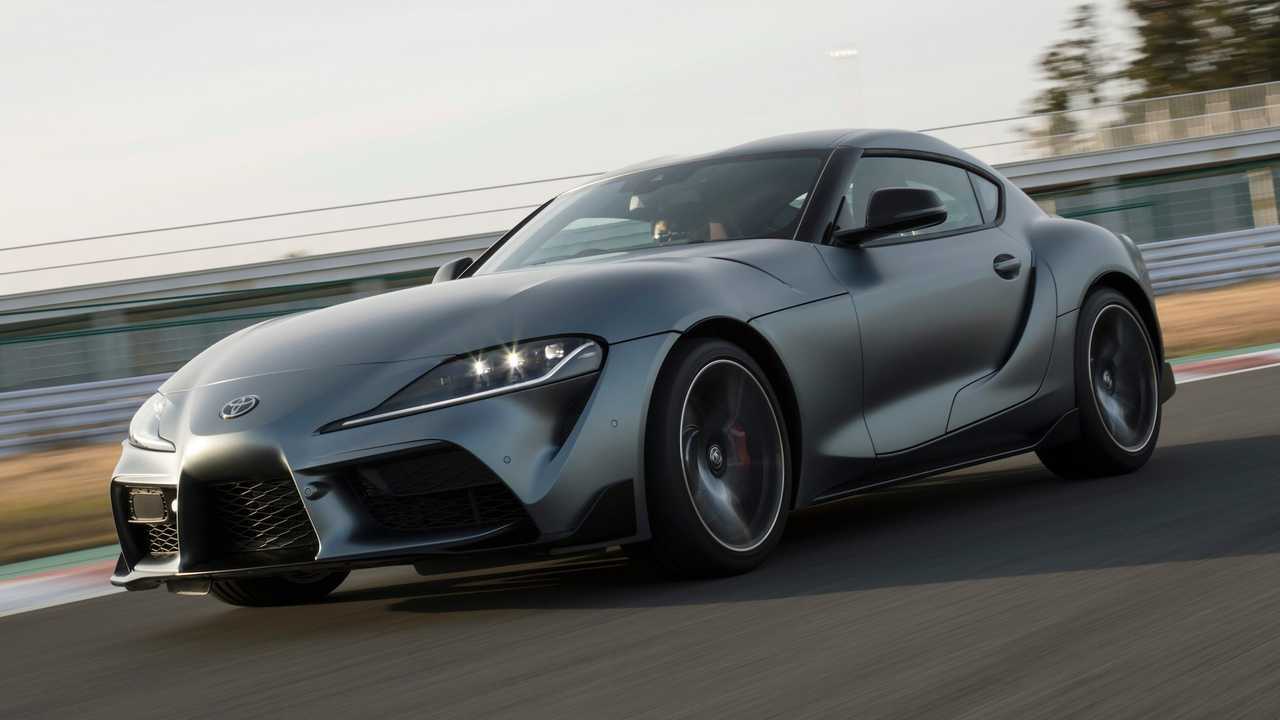 Maybe there's a chance for the four-cylinder Supra after all.

Update: Toyota spokesperson Nancy Hubbell responded to Motor1.com with a statement about the CARB filing:

"BMW took steps to certify an engine for a variety of uses. At this point, Toyota’s plans for the Supra in the U.S. include only the 3.0-liter inline six that will be in the 2020 Supra when it goes on sale this summer."

A recent filing with the California Air Resources Board suggests that Toyota is at least leaving the door partially open for offering the Supra with a turbocharged 2.0-liter four-cylinder engine in the United States. The document shows the emissions figures for the powerplant and lists the applicable models that could use the powerplant, including a variety of BMW products and the Supra. Automobile first discovered the engine emissions application.

The four-cylinder-powered Toyota Supra SZ and SZ-R are currently exclusive to the Japanese market. It's available in two tunes there. The standard version makes 194 horsepower (145 kilowatts) and 236 pound-feet (320 Newton-meters) of torque. The more potent variant offers 225 hp (190 kW) and 295 lb-ft (400 Nm). For comparison, the existing Supra packs a turbocharged 3.0-liter inline-six with 335 hp (250 kW) and 365 lb-ft (495 Nm) of torque. Regardless of powerplant, the coupe uses an eight-speed automatic.

We shouldn't take this filing as confirmation that Toyota intends to offer the four-cylinder Supra in the United States. During the Detroit Auto Show, Toyota group vice president and general manager Jack Hollis told Motor1.com: "I think it will be interesting to see, with the Z4 coming out with the 2.0-liter – and it's kind of interesting we have our inline six that's the same price as their two-liter – we'll see how that all works out. But no, we don't have a plan to bring the four-cylinder here."

The six-cylinder Supra starts at $49,990 in the United States. The Premium trim level for $53,990 adds features like an 8.8-inch infotainment screen with navigation, 12-speaker stereo, head-up display, and heated seats. If a four-cylinder model ever arrives, it would likely carry a lower price, which would give performance-minded Toyota customers a choice slotting between the 86 and the already confirmed versions of the new Supra.