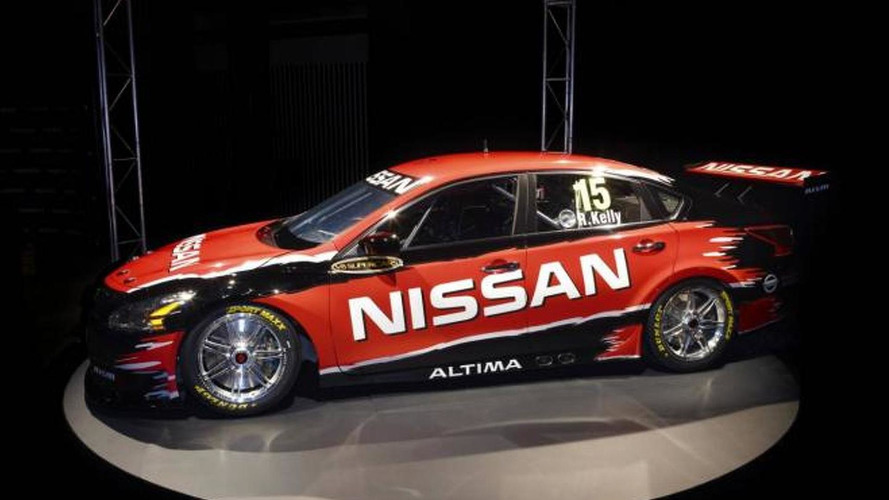 Nissan has launched in Melbourne the 2013 Altima V8 Supercar that will participate in the V8 Supercars Championship.

Nissan has launched in Melbourne the 2013 Altima V8 Supercar that will participate in the V8 Supercars Championship with the Nissan Motorsport team.

It was designed and built to meet the “Car of The Future” regulations that refer to an independent rear suspension, transaxle gearbox and 18-inch wheels. Under the hood it has a production-based, Nismo-tuned VK56DE engine, the same one that powered Nissan’s GT-R FIA GT1 World Championship victory last year and will be available for the upcoming 2013 Patrol.

The new Altima V8 marks the return of Nissan to the Australian Touring Car Championship after two decades. It will be the only manufacturer in this series to use a production-based engine, reduced from 5.6-liters to 5.0-liter to meet technical regulations.