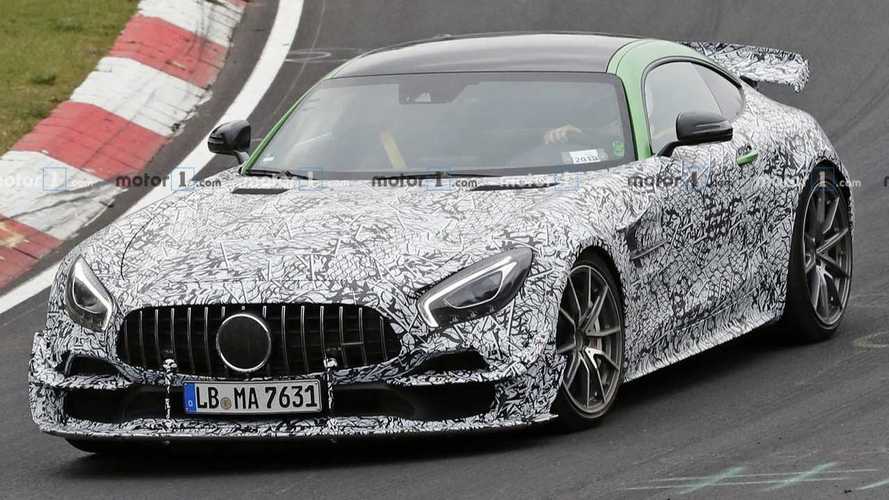 The yet-to-be-confirmed info comes from someone who claims to have ordered the supercar.

The return of the Black Series is programmed for 2020, but Mercedes-AMG is apparently already taking pre-orders for the ultimate version of the GT R. Positioned above the already hardcore GT R Pro introduced recently, the Black Series has been spied at the Nürburgring testing what will surely be a much more powerful version of the twin-turbo 4.0-liter V8.

In the two GT R models, the AMG engine puts out a healthy 577 hp, but one Instagram user who claims to have the car on order says it will surpass the 700-hp mark. That would be an increase of at least 70 hp compared to the highest specification of the V8 engine available today in the GT 63 S Four-Door Coupe. Thanking Mercedes-AMG and Mercedes-Benz Malaysia, the social media user attached his purchase form dated April 23, 2019 to prove he actually has the Black Series on order.

Going from 577 to more than 700 hp seems like a big jump, but the output is believable. After all, Mercedes is squeezing as much as 416 hp from a 2.0-liter four-cylinder for the new A45 S hot hatchback. Not only that, but an article published late November 2018 by Motor Trend strongly hints at 700+ hp. AMG boss Tobias Moers told them the Black Series will compete with the Porsche 911 GT2 RS and McLaren 720S, which have 700 hp and 710 hp, respectively.

The very same article quotes Tobias Moers saying the V8 – which is now found in nearly all of AMG cars – is basically a pair of the 2.0-liter engines from the previous 375-hp A45 strapped together, so more than 700 hp is plausible for the highly anticipated performance coupe.

According to the Instagram post, production of the Mercedes-AMG GT R Black Series is scheduled to begin in the third quarter of 2020. It likely means an official reveal will take place in the first half of next year. Expect low production numbers and a high price, much like it was the case with its predecessor, the SLS AMG Black Series.