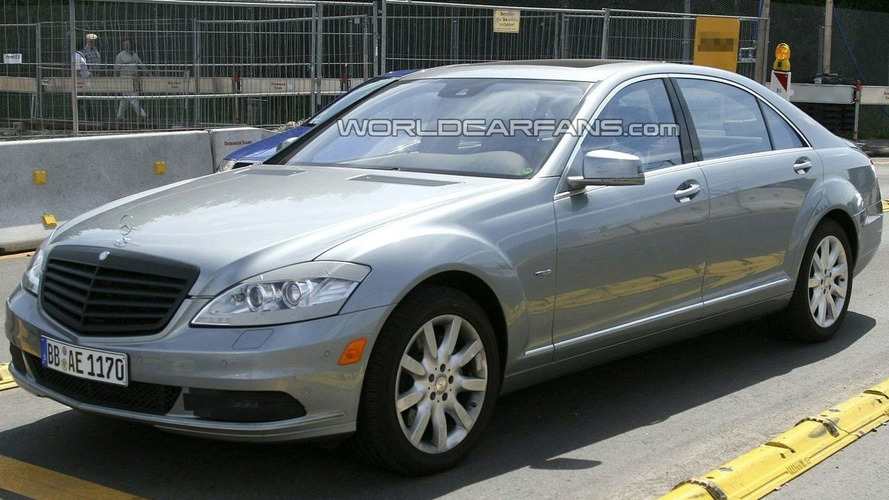 Ahead of its launch our spies have caught a prototype shed of almost all of its disguise.

The Mercedes S Class has only been on the market for a short while but with rivals such as the BMW 7-series and Audi A8, the German manufacturer cannot afford to be complacent. Ahead of its launch our spies have caught a prototype shed of almost all of its disguise.

Clearly visible are the new front skirt and fog lights, a revised bumper, as well as the new side mirrors. There will also will be a modified layout of the headlights: while the flashers will move to the bottom of the units, LED daylight driving lamps will be fitted to the outer edges of the front lamp units. A slightly re-designed rear bumper and taillights without the coloured “metal” stripes will round off the facelift.

Engines are likely to benefit from a bit of emission busting tuning whilst the rumours state the model will be available with both petrol and diesel hybrids by 2010.