Most likely, it's going to be a small MQB-based truck.

In 2018, Volkswagen teased its North American customers with the Atlas-based Tanoak truck concept, which was followed by the U.S. debut of the Tarok pickup study in April 2019. It turns out that these were not just design exercises as Volkswagen is indeed analyzing the prospects of launching a production truck model in America.

According to Volkswagen Group of America CEO, Scott Keogh, the German manufacturer is currently considering three options for a potential truck release in the United States. In an interview with Automotive News, Keogh revealed these options hinting that one of them is more likely than the rest.

First, and this one seems highly unlikely at the moment, Volkswagen could homologate a Ford Ranger-derived, body-on-frame truck that will be launched as a replacement for the Amarok across the rest of the world. Second, the automaker might release a production version of the Tanoak using the underpinnings of the Atlas SUV.

See The Tarok And Tanoak Concepts: 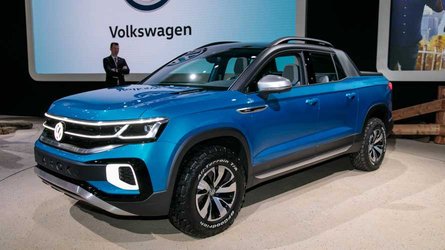 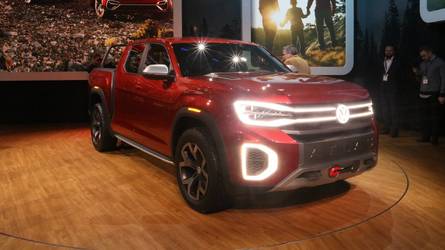 The third option seems to be the most likely. Volkswagen could debut an A-segment, MQB-based pickup that will be built in Mexico and imported to the United States. The modular architecture means the company will have almost no engine restrictions and can use any unit it finds suitable, including its powerful V6 motors.

“The question we have is, could something like this make sense, with modifications, in the U.S. market," Keogh commented to Automotive News. “The theory is quite straightforward: It's an A-segment sized vehicle. There's no pickup truck in the U.S. market that is quite that size at all. The positioning could be, when you extend the bed, in terms of what you can do with the second row, plus what you can do with the tailgate itself, you basically get the length of a B-segment pickup."

The final decision will be taken by Keogh as Volkswagen Group CEO Herbert Diess has already confirmed it’s his job.