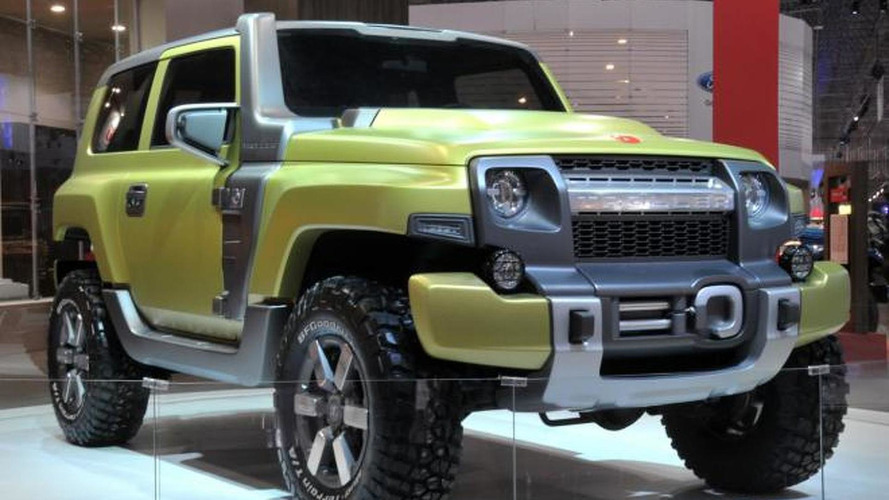 Troller has introduced the R-X concept at 2012 Sao Paulo Motor Show. No details about a potential production version.

The Ford Brazil-designed Troller R-X concept has been presented at the 2012 Sao Paulo Motor Show.

Up until 2007 Troller was an independent Brazilian automaker that produced the T4 and the Pantanal pickup. Ford bought the company and at the moment they are making the T4 which looks a lot like the Jeep Wrangler.

For the event in Sao Paulo, Ford Brazil’s Design Center has introduced this T4-based R-X concept that features a new front grille, fiberglass body and a redesigned hood with a raised central feature. The bumpers are higher and longer, while the headlamps and taillights have received LEDs.