It's called Fastball and there would be no point arguing against that moniker.

Regarded as the second-most successful franchise in the National League and the second-most wealthy in Major League Baseball, LA Dodgers and its owner Bobby Patton has a lot to celebrate about – including his brand new ride that's more than a celebration by itself.

Introducing "Fastball," the Ford Raptor trophy truck built by Jimco Racing Inc. specifically for Patton. Calling it bonkers and gnarly would be blatant understatements but we're using those adjectives for now.

The Fastball is a custom-made Ford Raptor that has a blue livery dominating its exterior with white decals that are unmistakably LA Dodgers. Of note, it has already been finished by November 2018 but was only announced just recently. Why? Beats us.

Beyond the paintwork, there's a lot of things happening in this Ford Raptor's outlandish exterior design. Wrapping the 17-inch trail-ready Bead Lock are 40-inch BF Goodrich KR3, which are a perfect combination for superior off-road performance. Complementing those wheels are Fox suspensions (26-inch and 32-inch front and rear wheel travel suspensions) and a set of LED lighting that's designed for conquering Baja.

Just How Crazy Is Baja? Check Out This Crazy Builds For It: 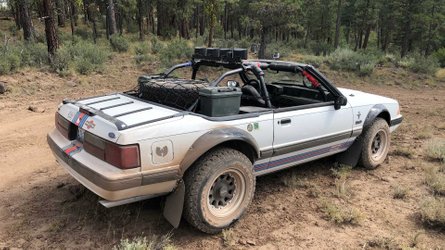 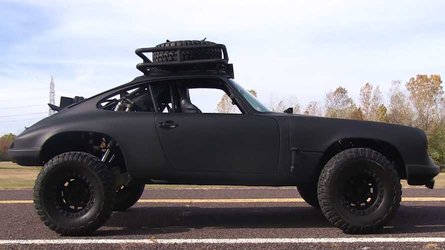 Speaking of Baja, the Fastball was purposely built for the Baja 1000 races. According to The Drive, Patton and his team (not the Dodgers) want to match the intensity of Patton's other team in terms of off-roading. The interest came after an accidental win in the Baja 1000 which in turn gave birth to the Fastball.

Interestingly, the Fastball has a foreign power plant under its hood – a Chevrolet Performance LS3 that has been tuned Danzio Performance. It gets help from a three-speed Turbo 400 built by Gearworks. Power figures weren't disclosed, though. Inside, the Fastball has Impact HS1 seats, as well as Impact safety harness and window nets.

Source: Jimco Racing via The Drive