Sedans, SUVs Not Off The Table For Lotus 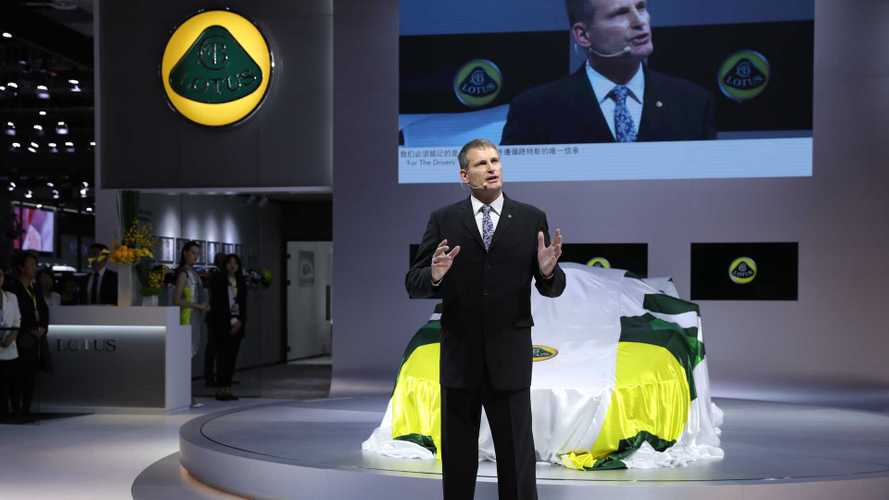 In an interview with Top Gear, Phil Popham, the new head of Lotus, speaks very frankly about the state of his company. “We have to be nimble, make the right decisions, to be aware…and to act as though we could go out of business at any time.”

Popham seems to have a better grip on Lotus's unique – and sometimes precarious – situation than many of his predecessors. Lotus is a small company, and for most of their existence, they've lacked the resources that many other sports car manufacturers likely take for granted. With his tongue planted firmly in his cheek, Popham refers to Lotus as a "70-year-old startup."

That minimalist, spartan, do-or-die attitude seems to fit the sports car manufacturer well for a lot of reasons. However, it's not all doom and gloom at Lotus – not hardly. In fact, Lotus was recently acquired by the Chinese conglomerate Geely. That means a healthy infusion of cash, and a considerable safety net for Lotus.

Now that things are looking up for Lotus, they can spend less time focusing on staying alive and get back to the important business of designing and building the sort of minimalist, driver-focused cars they're best known for.

Popham has done some soul-searching recently, and he came to the conclusion that for a car to be a Lotus, it means it's "for the drivers." Some might dismiss that as mere psychobabble, but anyone who has spent time in a Lotus knows exactly what he means.

They company is planning to release a seven-figure electric hypercar this summer to show off the company's vast engineering capabilities. According to Popham, that's just the beginning.

Lotus is apparently up for building just about anything, including SUVs and sedans – just so long as they have that signature Lotus DNA. Having driven our share of Lotus sports cars new and old, we're not sure exactly how their design ethos would translate to an SUV, but we're excited to see – and drive – whatever they come up with.