Horse Shows True Power By Pulling Car Out Of Ditch

Sometimes, one horsepower is all you need.

According to Merriam-Webster, the word horsepower is defined as one of three things. The most extravagant definition is "a unit of power equal in the U.S. to 746 watts and nearly equivalent to the English gravitational unit of the same name that equals 550 foot-pounds of work per second." The simplest definition simply states "effective power." For the purposes of this article, however, we turn to the first definition which unequivocally applies to this situation: "the power that a horse exerts in pulling." Friends, that’s real horsepower, and if you’ve ever wondered what it looks like, here you go. 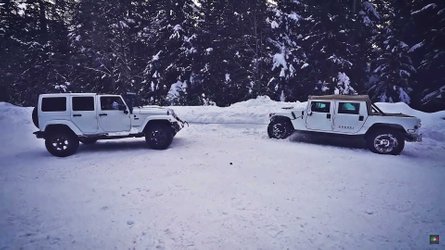 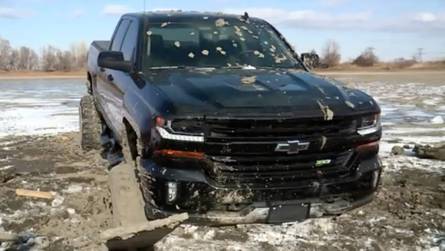 Chevy Silverado And Rescuing Backhoe Get Stuck In Frozen Lake

According to the French website oust france, a hatchback managed to get stuck in what appears to be a rather shallow ditch during an equestrian event in the town of Lamballe in northwest France. Unfortunately, our automotive-obsessed brains have no idea what kind of horse this is (please tell us about it in the comments section below) but that doesn’t mean we can’t appreciate how majestic it looks in this clip, despite the sketchy video quality and damp, overcast conditions. Jerome Mouret on Facebook offers up a slightly better view of the action.

We do, however, recognize the backside of the hatchback as a new Euro-spec Ford Focus. We don’t know what the driver was thinking while navigating this field, but it looks like the front-wheel-drive five-door zigged when it should’ve zagged and got caught up in some muddy terrain. Thankfully, there was at least one horse on-site with bulging muscles and a keen desire to show people how useless these modern horseless carriages really are. With what appears to be only a moderate effort, the beautiful horse frees the car from its soggy prison.

If this video makes you rethink the concept of horsepower, you’re not alone. Among other things, perhaps an addition to Merriam-Webster’s definition is in order: enough power to free a hapless hatchback mired in a grassy grave.