BMW X5 M Spied On Video Running Around The Nürburgring

The BMW X5 M continues its development on the Nürburgring ahead of an anticipated debut later this year. This new spy video catches the aggressive SUV pushing hard around the track.

We have been seeing the X5 M test mules in spy shots and videos on the 'Ring since July 2018. The engineers haven't stripped off much camouflage in that time, though. The biggest change since the original video has been removing the concealment from the tiny inlets at the bottom of the front splitter. 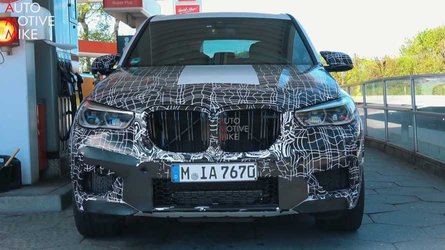 New BMW X5 M Brings Its 600 Horses To The Nurburgring 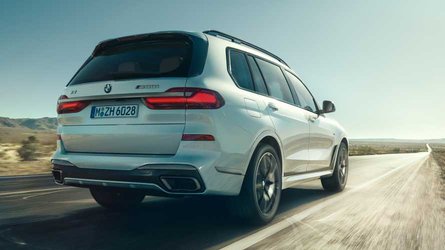 Oddly, the engineering team still conceals the portion of the taillights in the hatchback on some of the test mules in this new spy video but leaves the section visible on other development vehicles.

On the inside, expect the latest X5 M to show off its performance-oriented intentions by hugging the front occupants in heavily bolstered seats. Alcantara and carbon fiber trim would likely add some sportiness to the cabin, too. M-specific functions would be part of the infotainment system.

The X5 M will have the company's twin-turbo 4.4-liter V8 under the hood, and an eight-speed automatic will send the output to an all-wheel-drive system. In standard trim, the model will likely offer 600 horsepower (447 kilowatts) and 553 pound-feet (750 Newton-meters) of torque. A Competition trim will increase the output to 617 hp (460 kW) and will add stiffer sway bars, lower suspension, upgraded dampers, and more rigid engine mounts.

The X5 M and its X6 M sibling should debut sometime soon, and they could be on sale in some markets by the end of the year.