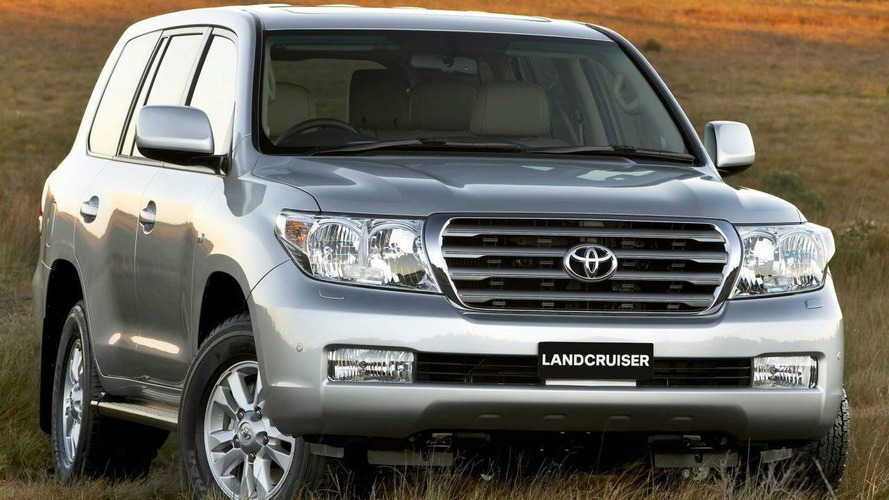 Toyota's completely redesigned LandCruiser wagon will have its global motorshow debut in Sydney next month before going on sale in November.

Many thought that Toyota would debut their new LandCruiser at the recent Frankfurt Motor Show, but Toyota management instead chose for the Sydney Motor Show down under in Australia. "It reflects the vital role Australia has played in the development of LandCruiser over almost 50 years." Toyota Australia's senior executive director sales and marketing David Buttner said.

The new LandCruiser grows in all areas, 60mm longer, 30mm wider and the roofline is 15mm higher, and its new styling gives the SUV a more powerful presence. The platform has been redesigned and strengthened for additional safety, a double wishbone front suspension setup increases handling and stability. Another first on a Toyota is the KDSS (Kinetic Dynamic Suspension System) hydraulic suspension system which controls the stabiliser bars for improved off-road and on-road driving.

The new LandCruiser is available with either a petrol or turbo-diesel V8 engine, both have considerably more power and torque compared to the previous generation. The petrol V8 also comes with the world's first Crawl Control system for driving on surfaces like rocks, sand or steep hills. The Crawl Control enables the driver to maintain low speeds with minimal spinning or locking of the wheels, and allows for minimal speed adjustments between 1 km/h and 5 km/h. Three speed settings allow the driver to focus entirely on steering the car and as a side bonus it helps when the car is stuck.

There is room for 8 in the new LandCruiser with plenty of safety and comfort features for all accupants, the SUV counts up to 10 air-bags, Smart Entry, Bluetooth and Sat-Nav.