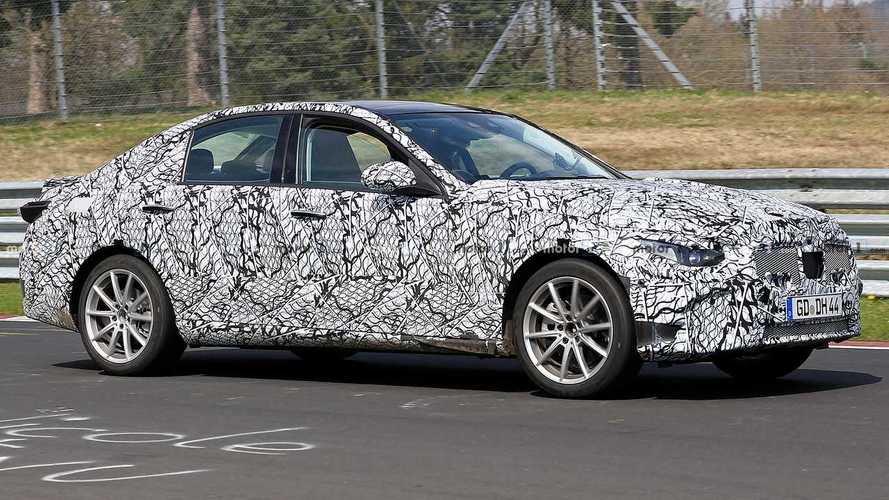 The camouflage continues to do its job.

The Mercedes-Benz C-Class is no longer participating in cold-weather testing and is now at the Nürburgring for development on the Nordschleife. Unfortunately, these new spy shots indicate the engineers aren't ready to start stripping off much of the camouflage yet.

The C-Class' heavy camouflage and extra body cladding do an effective job of hiding the sedan's styling details. The overall shape appears very similar to the current four-door, though. The new C-Class moves to Mercedes' MRA2 platform that uses more aluminum, which should allow the model to shed some weight even if the overall footprint remains roughly the same. The designers are also paying special attention to making the sedan cut through the air by allegedly giving it a drag coefficient of just 0.25.

On the inside, the next-gen C-Class would offer even more advanced technology. For example, Mercedes' digital dashboard would be even more sophisticated than the already impressive existing version. Improved assistance features should take some of the stress off of drivers.

Powertrain details for the new C-Class are largely a mystery at this point. Recent spy shots confirm the development of a plug-in hybrid variant. In addition, customers would reportedly have a variety of four- and six-cylinder engine tunes to select from, including mild hybrid and diesel choices. Performance-focused AMG models would offer buyers more exciting options.

Expect to see plenty more spy shots of the next-gen C-Class throughout the year because the debut allegedly isn't until 2020. The sedan should be on sale for the 2021 model year in the United States.