Have A Look Inside The Mini Cooper JCW GP 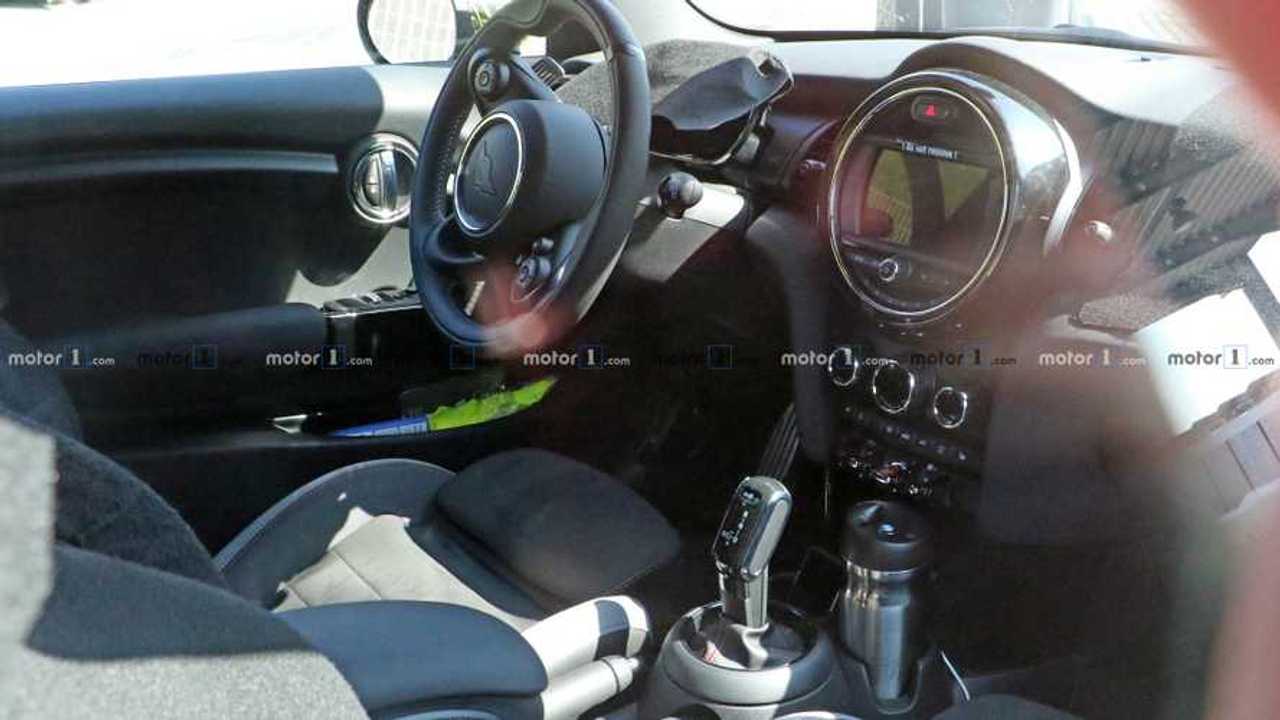 The Mini Cooper John Cooper Works GP edition has been a regular guest on our pages through the last few months. Today, we have another batch of spy shots with the hardcore hot hatch and it provides a first look inside the cabin. We don’t learn a lot from what we see, but at least it’s something.

First and foremost, there are some important changes with the instrument cluster. As far as we are able to see, the rev counter appears to be gone and to be replaced by a more rounded screen with a digital display in the center. Also, there’s a pair of sports bucket seats wrapped in Alcantara leather but, aside from that, everything else inside the cabin seems pretty familiar.

The rest of the new spy photos show a camouflaged prototype of the hatch lapping the Nurburgring and, again, it looks quite fast in the corners. As previous spy photos have already confirmed, the car will receive a wider bodykit and a fixed wing on the roof. There are also modifications to the bumpers that are easily visible from these shots.

Details about the engine under the hood are scarce at the moment, but we bet our money Mini will install the 2.0-liter turbocharged-four from the BMW X2 M35i under the hood of the JCW GP. In the sporty crossover, this motor generates 302 horsepower (225 kilowatts) so expect similar numbers for the hardcore hatch.

Of course, a number of other improvements will make the JCW GP the fastest and most powerful production Mini ever. These include a stiffer suspension setup, performance tires and brakes, and less weight compared to the regular models. With just 3,000 examples planned for production, the JCW GP will also become one of the most exclusive models of the brand in its modern history.