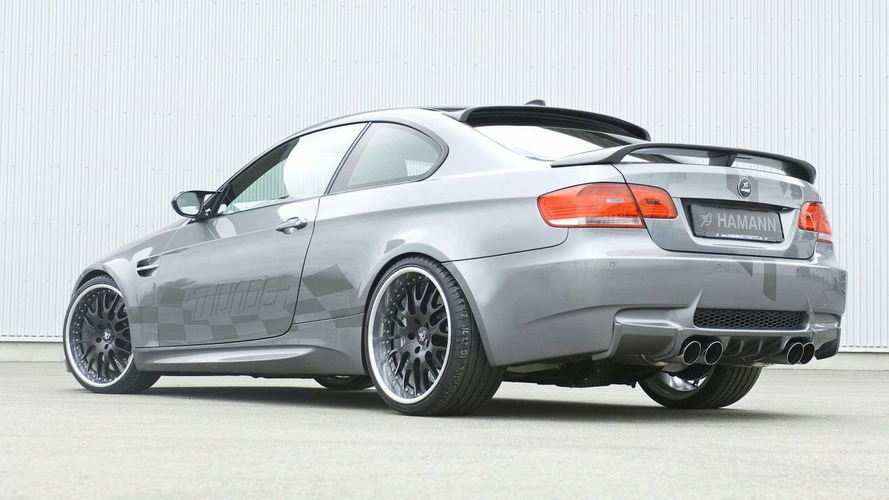 HAMANN thought wherever a V8 engine can fit, a V10 can fit in as well and look, voilÃƒÂ¡ it fits!

There is always room for one more, that must have been the motto when Hamann took receipt of a new BMW 3-Series. If it fits a V8, it can handle a V10 and the German engineers have indeed managed to shoehorn a V10 into the engine bay. At first they stuck to optimising the V8 E92 3-series and extracted an additional 40hp but it was just not enough for the Laupheim, Germany BMW specialists.

Obviously Hamann doesn't just leave it at that, they also make the 3-er look the part with a M3 body kit including a carbon fibre roof, front spoiler and rear diffuser. The Thunder sits on 20 inch Edition Race light-weight, 3-piece, nine-spoke forged wheels. Behind the front wheels you will find 405x43mm brake discs and in the rear 380x28mm discs, 2 fixed brake callipers (six-piston front, four-piston rear) and special brake pads to put all the metal and carbon to a stop.

Your E92 3-series not sporty enough? Then its time to call Hamann and put some Thunder under the hood.