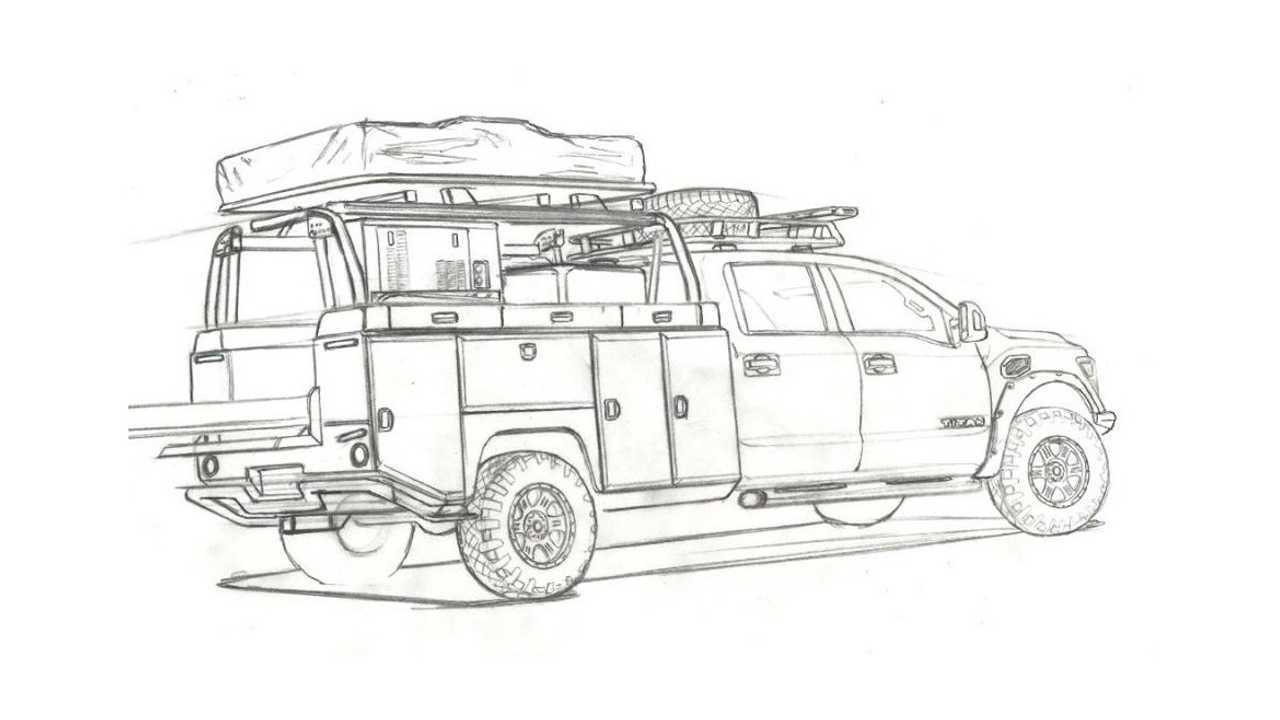 The automaker celebrates Earth Day with a new concept.

Yesterday was the annual Earth Day event – it’s that day of the year when people celebrate the planet we live on with various events that are held to demonstrate support for environmental protection. Events in more than 190 countries around the world, coordinated by Earth Day Network, happen on April 22 every year. And one of these events this year is closely related to the automotive industry.

It comes from Nissan in the form of another Ultimate Titan pickup project. It supports the National Park Foundation (NPF) which is the official charity of the United States' National Park Service and its 418 national park sites. Obviously, it’s a one-off vehicle that’s not going to be available at your local Nissan dealer.

See Some Of The Previous Ultimate Titans:

So far, Nissan has released just a single sketch of the new Ultimate Titan with a short description using the hashtag “#CallingAllTITANs to be TITANs of the Outdoors!” The custom truck appears to be equipped for park patrol with what are probably metal lockable storage compartments. Think of it as the perfect work truck for a park ranger.

This is still an early sneak peek at the new Ultimate Titan and we expect to hear and see more in the coming weeks. Nissan is not providing an exact reveal date but it shouldn’t take long until we see the finished product.

In early March, the Japanese automaker revealed the Nissan Ultimate Work Titan that was built in cooperation with contractors and Habitat for Humanity volunteers to make sure the truck meets all their professional needs. Nissan got three major requests – the Ultimate Work Titan needs to have off-road capability, a mobile office inside, and a high-capacity bed, including room for carrying ladders and lockable storage.

Some Of The Coolest Ultimate Titans:

Tough Trucks: 8 Nissan Titans Built To Take On Anything

Through the last few years, Nissan has revealed several Ultimate Titan trucks. Check out this slideshow to see some of the coolest creations.