It would have been a different story if it was a half-mile race.

Naturally-aspirated versus turbocharged, Lamborghini versus McLaren – this has been a long-standing debate among supercar enthusiasts, which honestly wouldn't be settled squarely. It's almost as sensitive as politics and religion – and we all know nobody wins in this regard.

But if you're itching to know whether a Lamborghini Huracan is faster than the McLaren 720S, Drag Times has just released the video that you're looking for.

We've seen this race before, albeit, that was a supercharged Huracan Performante facing a stock 720S. This time, however, a stock Huracan LP 610-4 meets a likewise stock 720S at a drag strip, and there are things we need to discuss regarding their differences and why, as the headline states, the Lambo beat the Brit supercar. 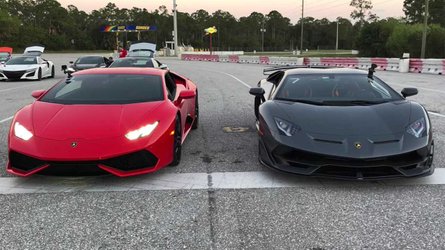 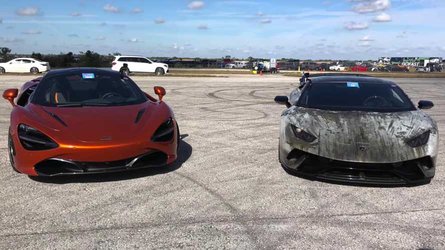 Let's drop the numbers first. The 3,530-pound Huracan is powered by a normally-aspirated 5.2-Liter V10 that produces 602 horsepower. This hefty amount of power is transferred to all four wheels via a seven-speed dual clutch transmission. The 720S, on the other hand, utilizes a 4.0L twin-turbo V8, producing 710 hp. It also has a seven-speed DCT but only the rear axles propel the 3,180-lb car.

McLaren Vs Italians At The Drag Strip: 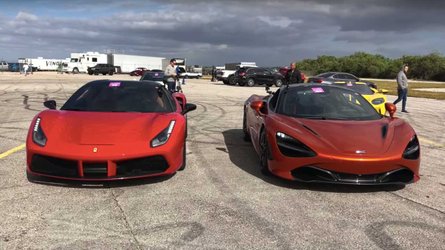 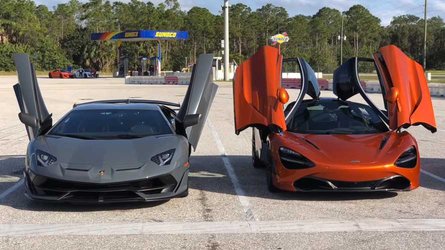 Even with the lesser engine output and heavier weight, the Huracan has an advantage with its all-wheel-drive system. This reflected on the speed trap numbers, as it showed the Huracan (car number 1337) almost always beating the 720S (car number 2910) at the line and during the earlier parts of the races.

The Huracan's driver had a remarkable reaction time as well. In fact, in the race where it beat the 720S, the driver registered a 0.005-second reaction time.

Be that as it may, the 720S registered faster speeds at the end of the quarter mile. This means if these were to be half-mile races, the 720S will surely smoke out the Huracan regardless of its all-wheel-drive advantage.